After a week of screening over 150 movies and documentaries, including workshops and industry sessions, the sixth African International Film Festival (AFRIFF) came to an end with a star-studded Globe Award which held at the Eko Convention Center, Eko Hotel and Suites, Victoria Island, Lagos.

Hosted by the talented Nollywood actress, Kemi Lala Akindoju and TV presenter, Uti Nwachukwu, the event, which was attended by top dignitaries from the business and political terrains, also had filmmakers from Africa and beyond, whose films screened at the week-long event.

Tagged The Broadway Show, the closing ceremony thrilled guests to breath-taking shows, including duets and a mind-blowing tribute to the late Afro-beat legend, Fela Anikulapo-Kuti, led by actor Gideon Okeke.

It was also a moment of celebrations for winners, as the festival’s Closing Night Movie, ’76, which is about events that heralded and succeeded the military coup d’état which led to the demise of General Murtala Ramat Muhammed. It was directed by Izu Ojukwu, and it won four awards including – Best Screenplay, Best Feature Film, Best Actor, and Best Director.

Other recipients include the beneficiaries of AFRIFF/Ford Foundation scholarship to the University of Montana, United States, for further training in different aspects of filmmaking.

Speaking at the glamorous event, Founder and Executive Director of AFRIFF, Chioma Ude noted that the crucial component of the festival is the training it provides to the young minds of Africa.

“We’ve trained over 1,300 of those minds in our free workshops, as we continue to emphasize that AFRIFF should, and must educate as much as it entertains. AFRIFF has cultivated a space in which entertainment and education can cohesively co-exist and I’m proud to say that we have watched several members of the AFRIFF family go on to develop in the industry with the skills they have acquired from their training,” she said.

According to Ude, AFRIFF, in its 6th year continues to be at the forefront in showcasing African cinema. “Over the past six years, we covered three cities and we have had over 20,000 visitors of which 30% have been foreign. Each year, our global invitation to the world fixates on exhibiting the large diversity of ethnicities, cultures and languages on our continent and combatting the absence of authentic African subjects in film.”

She thanked the Ministry of Information and Culture as well as sponsors such as Access Bank and Air France for what she described as their incessant support.

“With AFRIFF, we will continue to infiltrate the minds of both the young and the old, illustrating the significance of the film industry as a profession in Africa, and we will remind our global audience that WE ARE HERE and as long as we live we have a story to tell,” she concluded.

For the Festival Coordinator Afie Braimoh, who gave a summary of the entire festival activities at the closing event, AFRIFF decided to engage Secondary School pupils in Lagos to an IMAX education in line with the festival’s goal to build capacity.

“We had over 250 kids who have not stopped expressing their gratitude to the wonderful unique experience. In Line with educating our young, 150 students were also trained by the best in the industry at the Afrinolly Studios. Tonight, some of those lucky students will be selected to attend a month of film making in the U.S.,” Braimoh said. 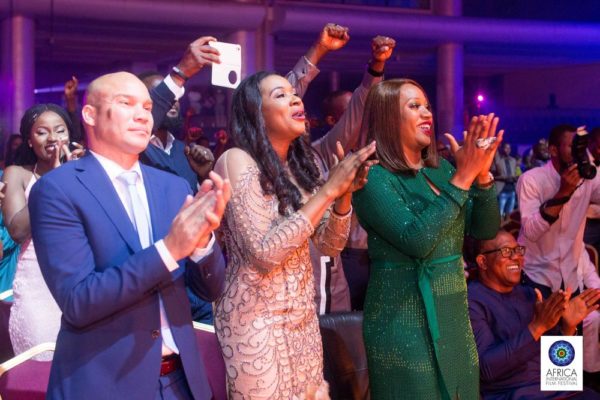 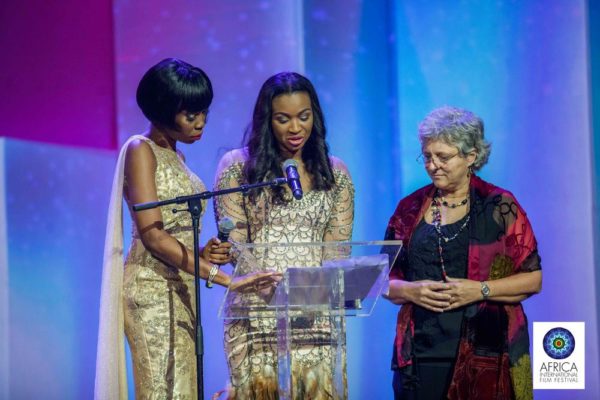 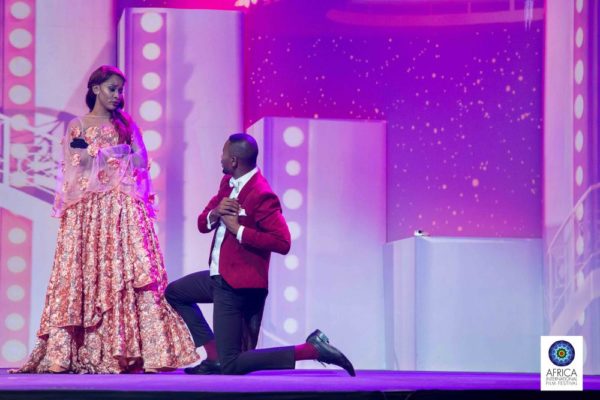