No famine in Nigeria, Audu Ogbeh assures all 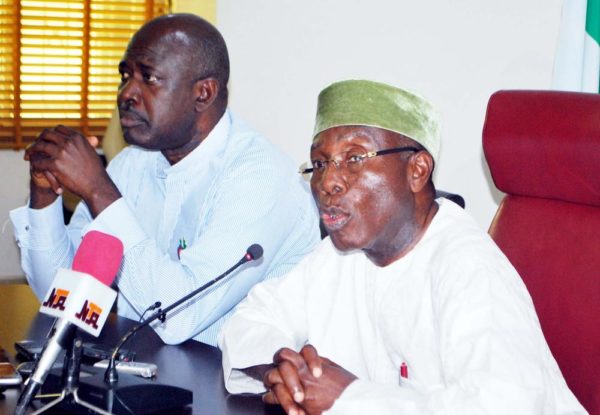 The Minister of Agriculture and Rural Development, Audu Ogbeh, has reassured Nigerians that there will be no famine due to the massive food production in the country.

Ogbeh said this in Abuja while addressing newsmen on the sidelines of the three-day 11th African Economic Conference which began on Monday.

“How can there be famine when there is so much food production?’’ he asked.

He, however, noted that the cost of food would be high for now and would fall in the next few months because farmers were planting again.

“The problem with those of us in the cities is that we do not even estimate the amount of labour and pain that the peasants go through to produce what they produce.

The prices will fall, but let production reach a level where those who want to exploit can no longer do so because there is so much available everywhere.

If you start to impose price restrictions now, you will demoralise the farmer but I assure you that we are worried about the cost but the answer is for us to stimulate more production.

Let us have at least three harvests a year on essential grains, once we do that, if anybody is hoarding, he will be caught by the new harvest,’’ he said.

On the issue of repackaging local rice in foreign bags, the minister said that it was unnecessary considering that locally produced rice was superior to the foreign one and tastier.

He also said that the price of rice would soon crash because there were 110 rice mills in the country now and that those mills were going to be pushed into villages to support women in particular.

“Those who are smuggling, adulterating or repackaging in foreign bags do not know what they are doing and in another year, they will be out of business.’’

Ogbeh also said that the issue of herdsmen and farmers’ clashes would soon be over because the government had set up a wing of the army headed by a major-general to tackle it.

He said that there were plans to first disarm herdsmen carrying weapons and hunt down rustlers.