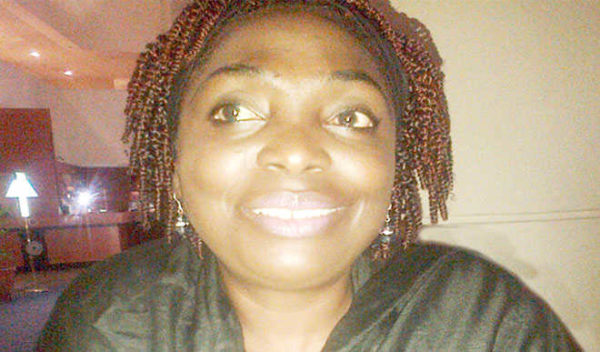 A suspended member of the Presidential Advisory Committee against Corruption (PACAC), Benedicta Daudu has been suspended from the University of Jos (UNIJOS) after she was allegedly caught cheating while writing an examination on May 4 2016, PREMIUM TIMES reports.

Daudu, who was reportedly copying from a prepared answer during an examination (Global Context in Public Policy) for a Master’s degree in Research and Public Policy in the Faculty of Social Sciences in UNIJOS, was an associate professor of law and former head of the Department of Jurisprudence and International Law of the Faculty of Law in the same university.

“I can confirm to you that the Senate Disciplinary Committee found her guilty of the allegations, and has suspended her from the Masters programme for two semesters. Also, the matter was referred to the Staff Disciplinary Committee which also suspended her from work. So she is no longer teaching,”  an official of the university, who pleaded anonymity told PREMIUM TIMES.

When asked to comment on the issue, the spokesperson of the university, Abdullahi Abdullahi, said, “Please, please, I have no comment on this matter.”

The Executive Secretary of PACAC, Bolaji Owasanoye, said that the professor’s suspension still holds. “Until matter is resolved, she remains away from PACAC,” Owasonye said.

PACAC is the intellectual arm of President Buhari’s anti-corruption war, and they are to advise the president on the necessary reforms needed to fight corruption and improve the criminal justice system in Nigeria. The team is made up of mainly university professors. It is headed by Professor Itse Sagay.