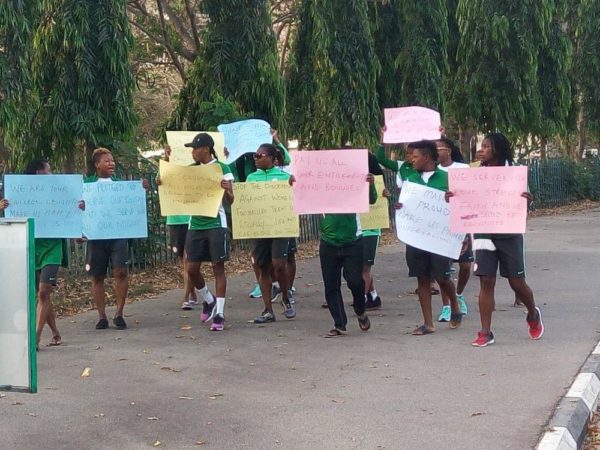 Nigeria’s Super Falcons, winners of the 10th African Women’s Cup of Nations (AWCON) are currently protesting at the National Assembly, against their ill-treatment by the Nigeria Football Federation (NFF) and the Federal Government.

The athletes, who won the competition for the 8th time, had already said that they will hold on to the trophy until they get their allowances and bonuses.

Some of the players had claimed that the debt (allowances and match bonuses) the NFF owed each of them (23 players) excluding the officials, since the team started camping for the tournament amounted to $25,000 (about N11.25 million for each player).

The team beat hosts Cameroon in the final game of the 10th AWCON competition which took place at Ahmadou Ahidjo Omnisports Stadium in Yaoundé. 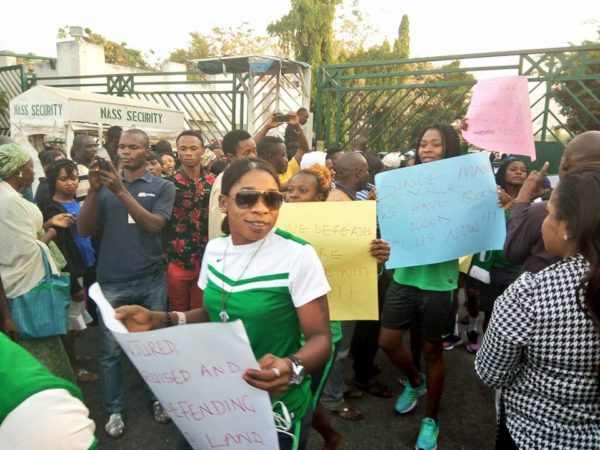 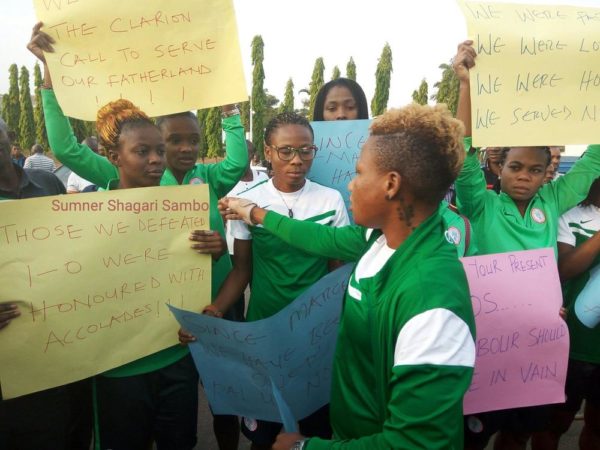 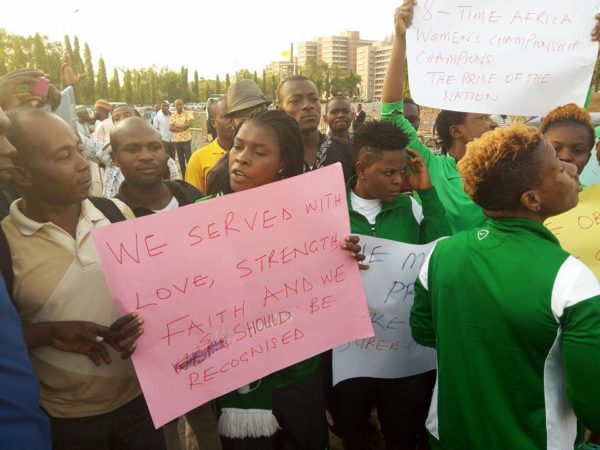 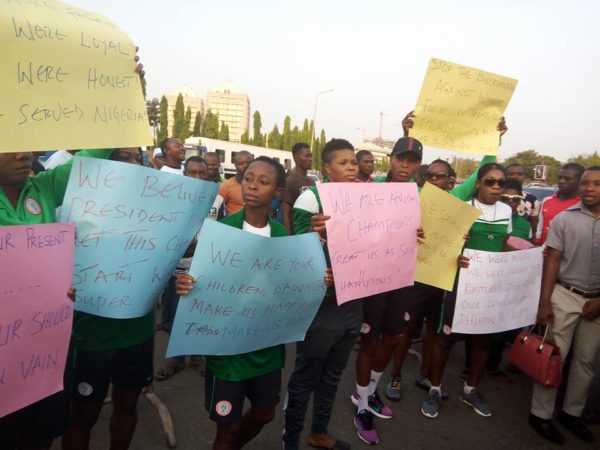 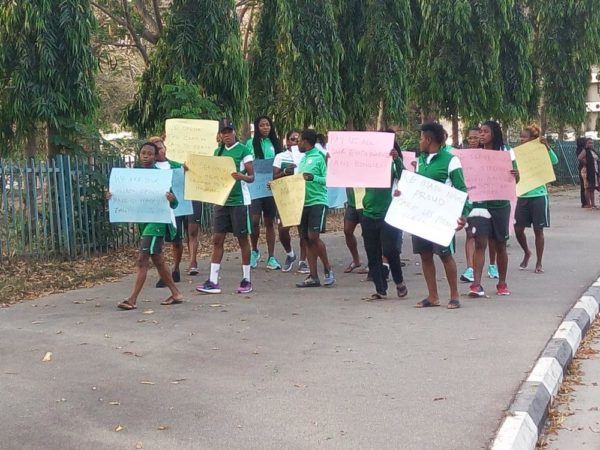 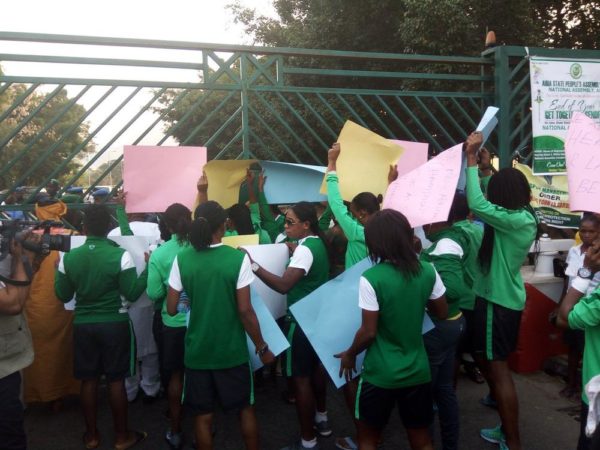 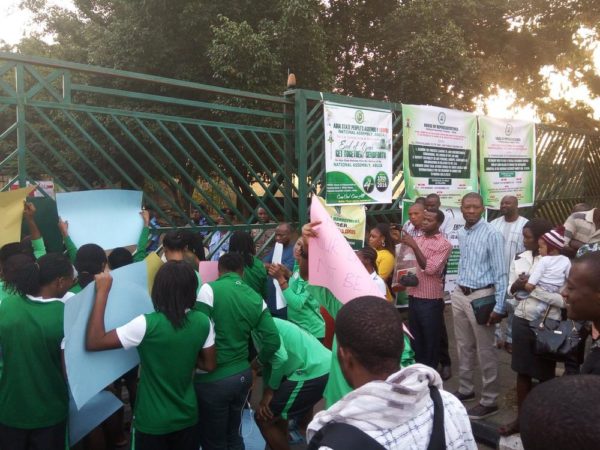