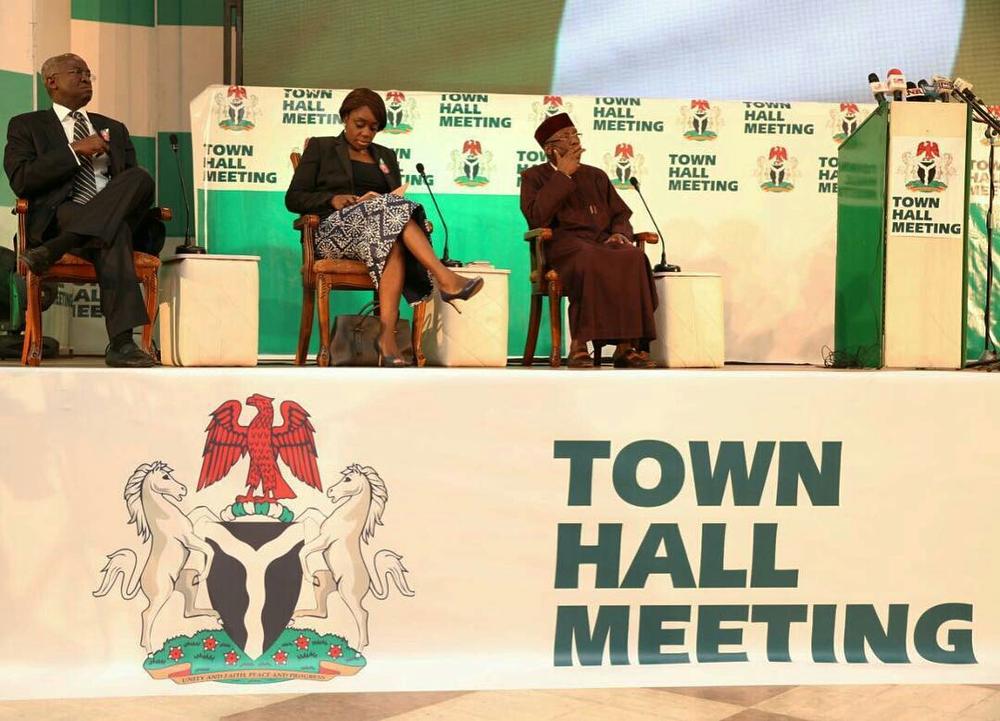 Babatunde Fashola, the Minister of Power, Works and Housing, on Tuesday told the youths not to despair because of the current economic situation, stressing that “there is light at the end of the tunnel.’’

The minister spoke in Abuja at the Special Town Hall Meeting for the youths, organised by the Federal Ministry of Information and Culture.

The town hall meeting was conceived to bridge communication gap between the government and the citizenry and also keep them informed of the policies and programmes of government,

Addressing the gathering, Fashola said that government felt the pains of Nigerians and was working hard to bring the country out of recession.

He said from his experience as a Nigerian, he had seen the country even in a more precarious situation when he was growing up and he never lost hope.

We spent the money on all sorts of things including drinks. There is no kind of drinks that you will not find in the country then.

That was the time we started importing rice, other food items and exotic drinks.

However, 1989 was my first contact with recession. That was when it became very difficult to buy sugar and milk and all kinds of imported drinks suddenly disappeared,’’ he said.

Fashola also said that Nigeria was in recession in 1985 when it became difficult to sustain the cafeteria system in schools.

“We used to eat a meal at the cafeteria at 50 kobo including chicken, egg, bread and tea. To feed as a student then was N45 a month for three good meals daily. In 1985 when that disappeared, Nigeria did not disappear.’’

The minister said that when he left the university, it was the time travelling out of the country popularly known as “checking out Andrew,’’ was in vogue.

He said many of his mates left for greener pastures abroad but he remained in the country because of his strong belief that Nigeria is a land of opportunities.

“I believe so much in the future of this country, I remained, worked hard, though I never knew I will sit here as a minister. So, I want to say to you the youth, don’t lose faith, don’t despair, there is hope and light at the end of the tunnel,’’ he said.

Fashola said that the 2017 budget tagged “Budget of Recovery and Growth,’’ is meant to address recession and the government has set up the parameter for its success.

He, however underscored the need for Nigerians to “roll up our sleeves and work hard’’ to get the country out of the economic quagmire.

“Only the President, cannot recover and grow the economy, everybody must understand that we are at the time when we must work our hardest,’’ he said.

He recalled that for upward of three years before he was made minister, no contractor was paid, which led to shedding of jobs in the three sectors he is overseeing,

He said so far, the government had made two disbursements to ensure the contractors went back to site and recover lost jobs.

Speaking in the same vein, the Minister of Finance Kemi Adeosun, said the country “is coming out of one of its most difficult periods.’’

She said the government is investing massively in infrastructure and diversification of the economy to move away from dependence on oil.