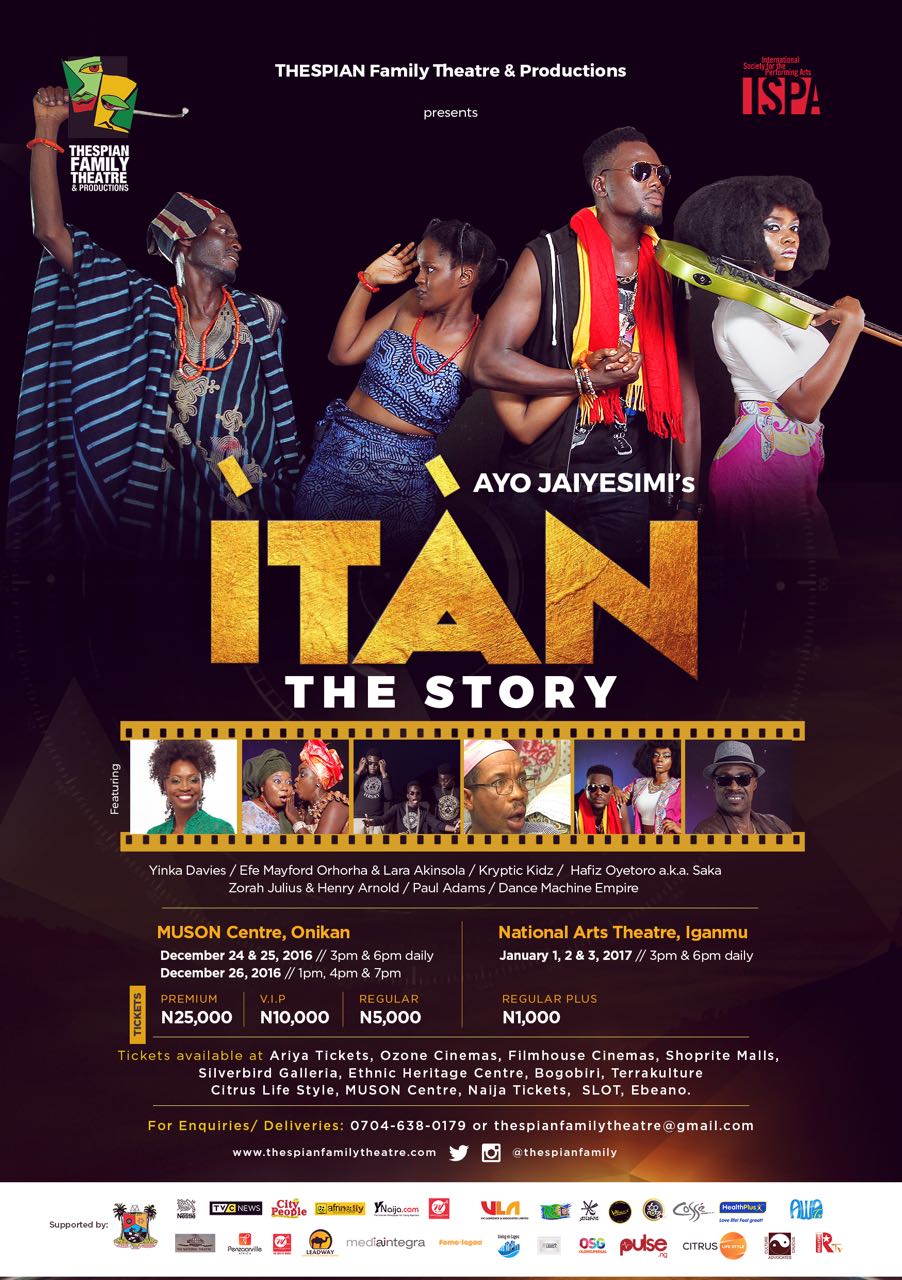 The thrilling stage play ‘ÌTÀN The story’ produced by THESPIAN Family Theatre  & Productions is back this December by popular demand.

ÌTÀN the story is a total theatre production with rich drama, music and a blend of cultural and contemporary dance. The play also brings to the fore, the tension and misunderstanding that often exists between different age-generations.

ÌTÀN, written by Ayo Jaiyesimi founder of THESPIAN Family Theatre & Productions, showcases Àsìkò (‘Time’ personified) who intervenes in a feud between hotheaded village elder and his newly discovered ‘city, roller-coaster’ grandson. Both strongly rooted in their beliefs, refuse to shift their grounds in their battle for ‘generational’ supremacy.  Àsìkò takes them on a journey into the past and the future and they both discover dark secrets that make them come to terms with the fact that they need each other to survive.

Related Topics:ItanTHESPIAN Family Theatre
Up Next