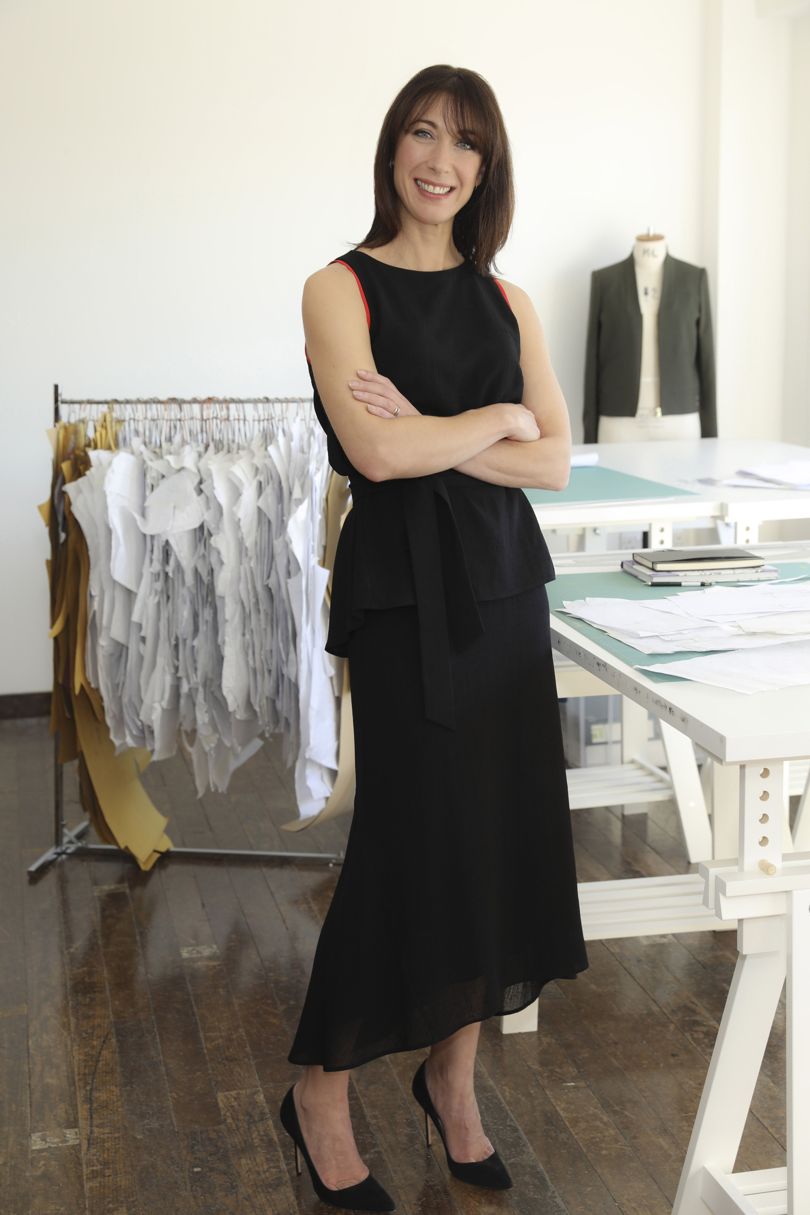 English businesswoman and the wife of David Cameron, the former Prime Minister of the United Kingdom, Samantha Cameron is launching a new fashion label called ‘Cefinn.’ The brand name is derived from her children’s names – Elwen, Florence, Ivan and Nancy.

The first pictures of the collection – which launches for spring/summer 2017 – can be seen exclusively in January Vogue, available on newsstands Monday, December 5. The collection, which will be priced between £100 and £300, will comprise 40 pieces and will be available early next year from Net-A-Porter, Selfridges and its own-name website, Cefinn.com.

“I felt that there was a lot of American and French brands out there that fit that bracket of designer contemporary with the right price point and the right styling, but there aren’t that many British brands which fill that space,” Samantha told Vogue

Samantha Cameron – formerly creative director at Smythson, where she still holds a consultancy role – told Vogue of her inspiration to start the label, which is named after the initials of her children. Although she revealed that she resisted the urge to design the collection with herself in mind, as “that would be pointless”, adding: “I’ve spent a lot of time trying stuff on my friends.”

She also currently serves as an ambassador for the British Fashion Council and is often seen wearing UK brands including Roksanda, Christopher Kane and Erdem.

She said she was launching her own fashion range to “create an urban uniform for busy women” saying she felt there was a gap in the market for a British brand that offered a wardrobe that could take women from day to evening.

This Beauty Vlogger tried Bird Poop as a Face Mask! Watch to See her Results