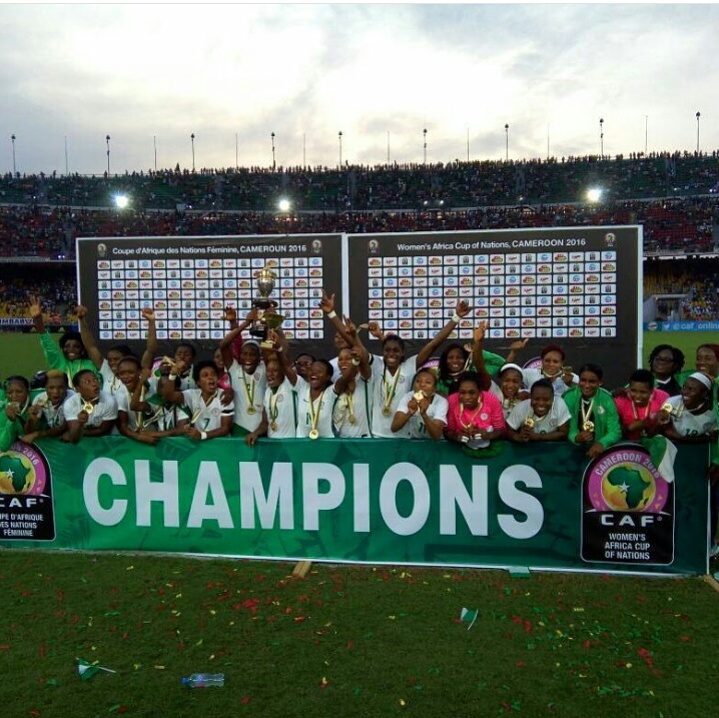 It’s another Gold in the bag for Nigeria’s Super Falcons!

The country’s Women’s Football Team won the African Women’s Cup of Nations (AWCON) after beating hosts Cameroon 1 – 0 in the final game on Saturday.

In a repeat of the 2014 final, Cameroon finished as runners-up again despite enjoying massive home support. The Super Falcons beat them in Namibia 2 – 0 in the finals.

Desire Oparanozie‘s 84th minute strike sealed the win for Nigeria’s team in the game that took place at the Ahmadou Ahidjo Omnisports Stadium in Yaoundé.

Asisat Oshoala also received the award for the highest goal scorer of the competition after scoring 6 goals.

The coach, Florence Omagbemi, 41 also made history after winning the competition as a Player, Captain, and Coach. Eucharia Uche was the first person to win the trophy as a Coach and an a Player after the Super Falcons’ win in South Africa 2010.