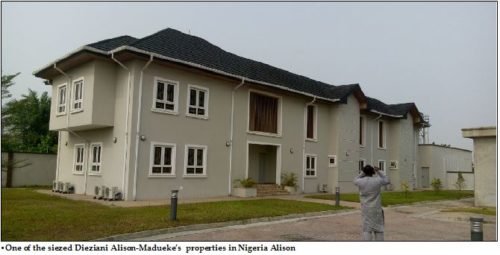 The Nation reports that the large estate was discovered by operatives of the anti-graft agency in the course of their investigation of public funds allegedly stolen by the former minister.

A source close to the investigation said;

Following our obtaining a court order to recover some assets belonging to Diezani, we were able to gather intelligence which led to the location of the hidden estate in question in Bayelsa State.

Our operatives also conducted searches in some houses on the estate based on tip-off on the  ex-minister.

We will follow due process in invoking the relevant laws on asset forfeiture on all the mansions in the estate.

It was also reported that the Acting Chairman of the anti-graf agency, Ibrahim Magu, has traveled to London to continue investigation on some properties that have been traced to Alison-Madueke in Nigeria and abroad. 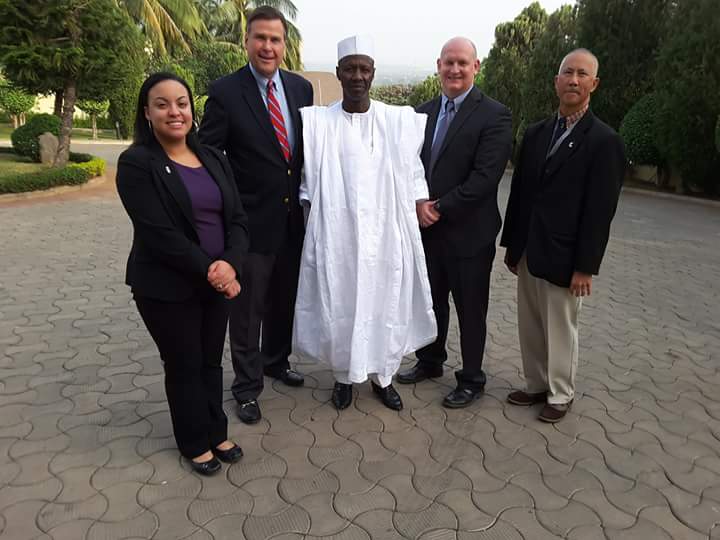 The Nation reports that the estate in Bayelsa state, Nigeria is coded BGIS/OK/02/16/310.

Another source, speaking on Magu’s trip to London, said:

We are getting closer to the biggest fraud trial in the UK. The Acting EFCC chairman has left Abuja for London to compare notes with his colleagues.

The EFCC is collaborating with prosecutors in the United Kingdom by providing incontrovertible evidence against the ex-minister.

Some of the UK investigators visited Nigeria in 2016. A few of our crack detectives have been in and out of the UK too.

Magu’s trip is part of the crystallization and consolidation of evidence against Diezani. 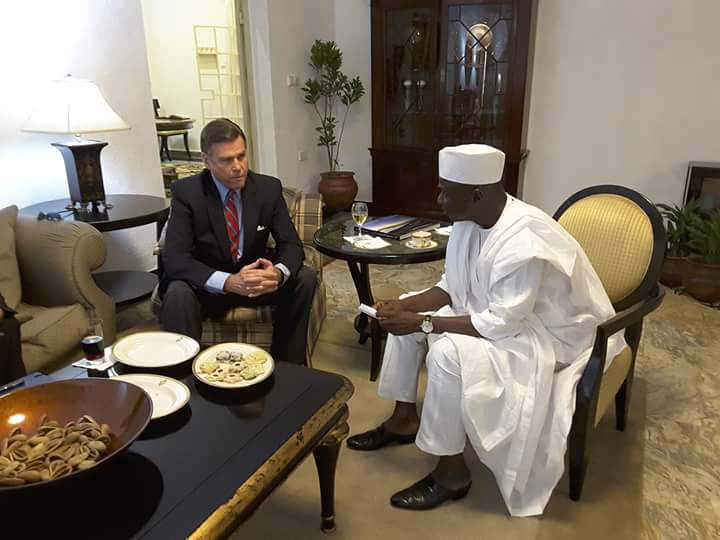 Recall that the EFCC on Friday told a Federal High Court in Lagos that $153.3 million was wired from Nigerian National Petroleum Corporation (NNPC) accounts to Fidelity Bank before it was given to Sterling Bank, Access Bank Plc., and First Bank Plc., for safe keeping.

EFCC said the banks “aided and abetted the massive fraud perpetrated by the minister.”

“Although we are presently preoccupied with the recovery of looted public funds by the ex-minister, we cannot rule out the prosecution of some people at the end of the day.

Some bank chiefs, maybe about five, may face trial but we are not making this a priority now. We want to retrieve every dollar stolen from NNPC accounts.

Some of these bank chiefs are pleading that we should allow them to refund the funds credited to them without prosecution. But the weight of evidence will determine our position at the end of the day.

The truth is that many bank chiefs were engaged by the ex-minister to perpetrate fraud.

So far, all the banks implicated are cooperating with the EFCC. We hope that in two weeks’ time, the $153million would have been forfeited to the Federal Government,” the source said.