Friends Again? The Carters and Wests reportedly Spotted Together 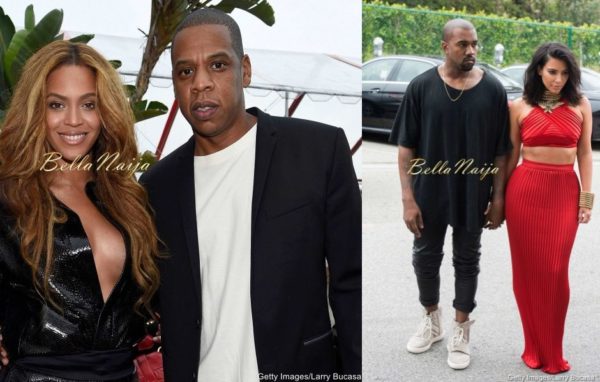 Looks like power couples Jay Z and Beyonce and Kanye and Kim have mended their relationship as Kanye and Kim were seen leaving the Carters’ home in California recently.

Rapper, Kanye ranted at his concert a month ago about his friends Jay Z and Beyonce and how they did not reach out after Kim’s robbery attack in Paris. However looks like it is all in the past.

According to PEOPLE, a source said “Kanye is in a good place and Jay is a very mature and forgiving person.”

Is it too soon to be expecting a bomb album from the two rappers?