Give Your Kids a Treat with Sisi Yemmie's Fried Chicken Recipes 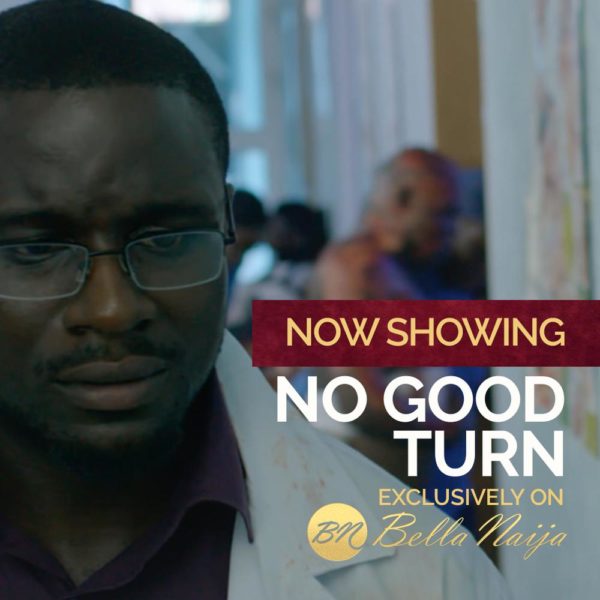 The highly acclaimed short film on Boko Haram ‘No Good Turn’ is here and BN TV has got the exclusive footage for you, our BellaNaijarians!

Written and Directed by actor/filmmaker Udoka Oyeka, the film seeks to create awareness while depicting the humanitarian and terrorism crisis that residents face in Northern Nigeria due to the Boko Haram insurgency.

Produced by Bolanle Austen-Peters, “No Good Turn” tells the story of the immediate aftermath of a Boko Haram terrorist attack and is set in an overcrowded Emergency Room of the town’s deteriorating hospital. The doctor on duty, Dr. Gbenga, has his hands full especially when one of the suspected terrorists is brought into the hospital. Dr. Gbenga must fight to keep everyone’s values in check, including his own.

BN Viral Video: Stunting! Police Officer Dances ON a Motorcycle on the Expressway