"It's not enough for us to protest...it is important for us to join governance" - Actress & Politician Funke Adesiyan says to 2Baba

A couple of days ago music star 2Baba made a call for a nationwide protest which was backed up by many other Stars like Yemi Alade, Davido, Burna Boy, Olamide and more, with Nigerians also showing their eagerness to step out and protest about the current government.

2Baba later made it clear that he had not initiated the protest and rather he was giving voice, through his platform, to a message he had received.

According to her, it is no longer enough to protest, but to also join  governance and make a change.

Here’s what she shared: 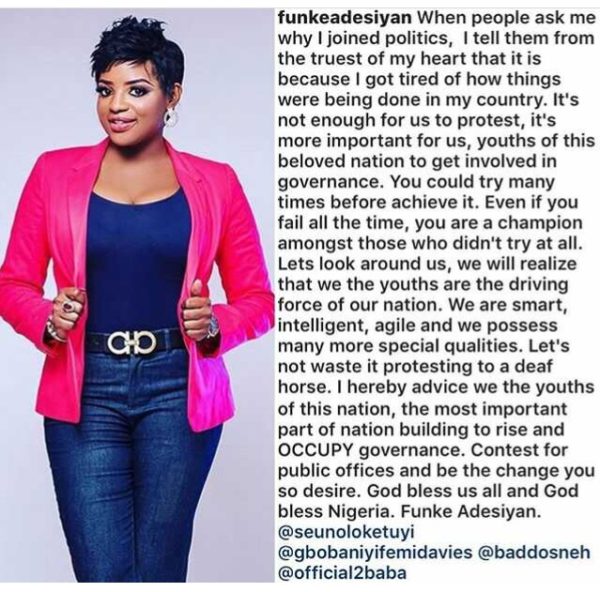 This Yoruba Movie has got People Talking – Should Nollywood Movies Show Same-Sex Relationships?