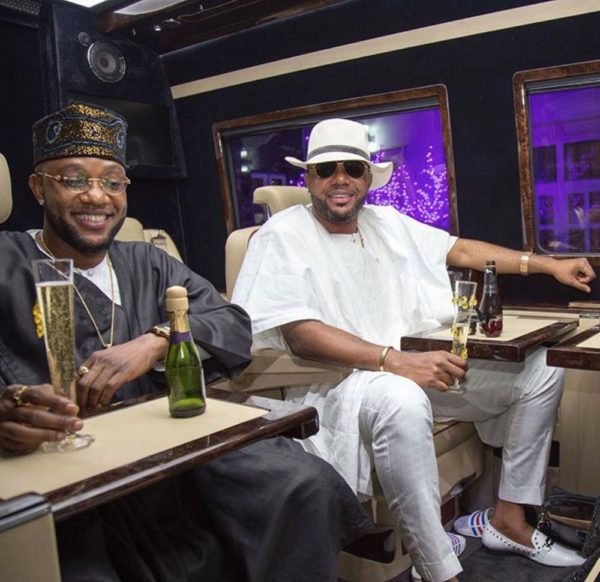 The dispute between Harrysong and Five Star Music has gotten messier with both camps throwing shade at each other. In the latest press statement by Alterplate, the management says, ‘Kcee is confused and as such frustrated and we can understand‘

Lagos police reportedly picked up Harrysong at his home yesterday morning, January 27, to meet with the state’s Assistant Inspector General who’s in charge of the case between the singer and his former management.

His management is claiming that Harry wasn’t arrested, but invited by the state’s AIG.

‘It was 8 am and Policemen acting on the instruction of the Assistant Inspector General of Police in Onikan, stormed our hotel room to invite Harrysong over for questioning, as a law abiding citizen with nothing to fear, we got dressed up and set out for the AIGs office and on getting there we were greeted by the presence of a haggard looking young man in cheap pair of suit, identified as Five Star Music lawyer.’  Desmond, a representative for Alterplate said.

They also added that the supposed breach of contract as captured in their petition is a civil and not a criminal case.

‘On the other hand, as against the kangaroo statement released by Five Star music earlier today, I wish to also state that Harrysong did not at any time approach anyone or company to sign him; it was rather the other way round. Kcee approached Harrysong on bended knees to help salvage his dying career after he fell out with his then partner.’

Harrysong’s new management also stated that Kcee and his Five Star Music, out of desperation, were prepared to pay off Kelvin Luciano in their quest to have him at all cost when he still had a running contract with Questionmark Records.

They also said that Mr Songs succeeded in recreating Kcee’s sound, wrote and co-produced his first meaningful single, ‘Had It Been I Know’, followed by ‘Okpekete’, ‘Limpopo’, ‘Pull Over’ and other songs that defined the Kcee that everyone knows and celebrates today.