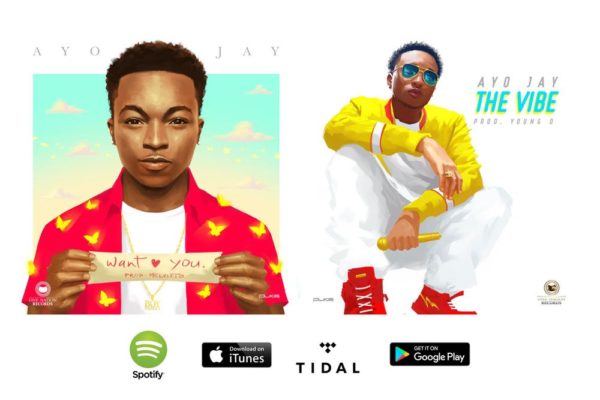 2016 was a great year for Ayo Jay, and 2017 promises to be an even bigger one with a debut EP and album in the works. The Afrobeats sensation has been working non-stop since the release of his hit single “Your Number” in the summer of 2016.

The infectious tune peaked at 64 on the Worldwide Top 200 Shazam chart and was lauded as one the Best Songs of 2016 by New York Times and he was crowned by Rolling Stone as one of 10 New Artist You Need to Know.

Ayo Jay kicks off the New Year with the release of two Brand New singles from his debut EP, Want You” & The Vibe”.

Want You is a catchy, melodic, sing-along over the addictive keys of super producer Melvitto.  Ayo Jay’s vocals glide seamlessly to gift another feel good record.

The Vibe is an up-tempo track, produced by Young D, and should bring Ayo Jay fans nothing but party vibes for 2017!

Listen to The Vibe:

Listen to Want You:

#ThrowbackThursday: What is your best throwback song?