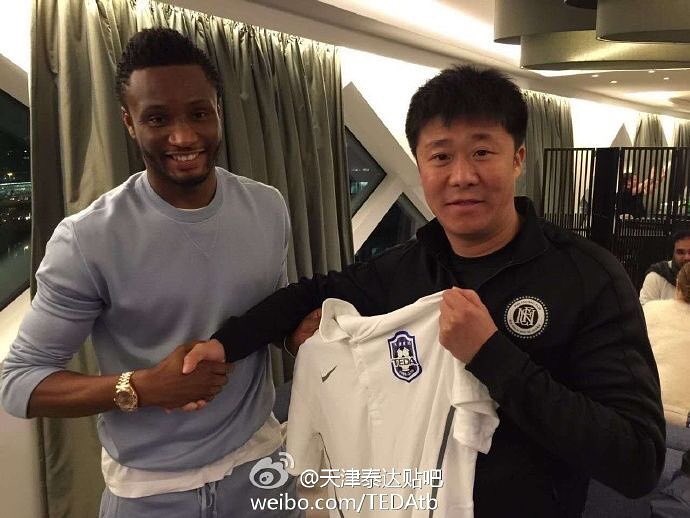 This was after a picture of the midfielder shaking hands with the club’s official and holding the club’s shirt, was shared on social media.

In a letter he titled: “Letter to my Chelsea Family”, Mikel announced his transfer.

He has also changed his Twitter bio, to read “Tianjin TEDA Midfielder”. 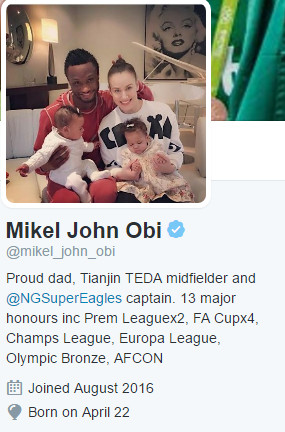 Reports say Mikel will earn about £140,000 (about N70m using the black market rate) a week in his new club.

Mikel, who spent 11 years in the English football side, had held  talks with Valencia, while Marseille and Inter Milan also showed interest.