Members of the Nigerian football family on Thursday in Abuja picked up four of the awards at the Glo-CAF Awards 2016 for outstanding football personalities and teams in 2016.

While no Nigerian player made it to the final shortlist of three in the African Player of the Year Award category, Super Falcons forward Asisat Oshoala made the day for Nigerians.

Oshoala won the 2016 Women’s Player of the Year Award to cap an exciting year when she won the top scorer award at the Women’s AFCON in Cameroon.

The Arsenal Ladies FC player scored six goals in helping Nigeria to the African title, their eighth title from the competition’s past 10 editions.

She beat Elizabeth Addo of Kvarnsvedensik and Black Queens of Ghana, and Gabrielle Onguene of Rossyanka and Indomitable Lionesses of Cameroon. 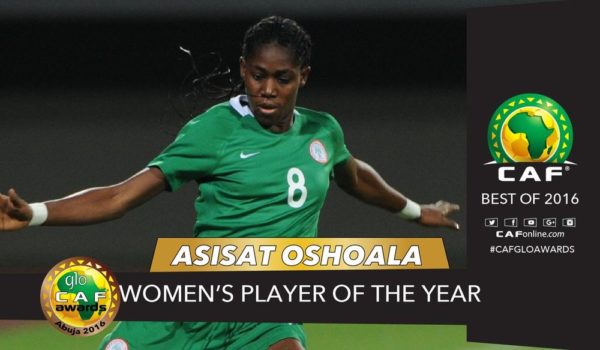 Her team, the Super Falcons, picked the 2016 Women’s National Team of the Year Award, beating Cameroon and South Africa. 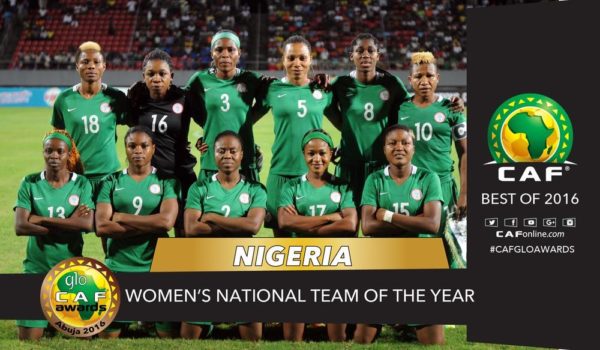 Arsenal FC and Super Eagles forward Alex Iwobi also won the 2016 Youth Player of the Year Award, while Kelechi Iheanacho joined in making it a glorious night for Nigeria. 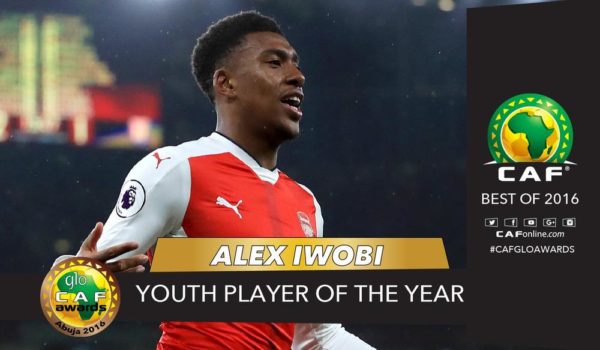 The Manchester City and Super Eagles forward won the 2016 Most Promising Talent of the Year Award. 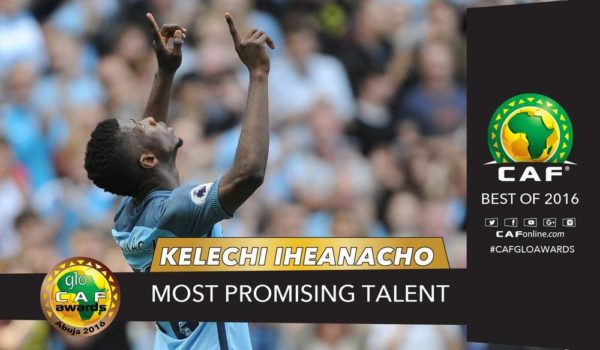 Both Iwobi and Iheanacho also made it to the substitutes bench in the Africa Finest XI team, which had 11 starting players and seven substitutes. 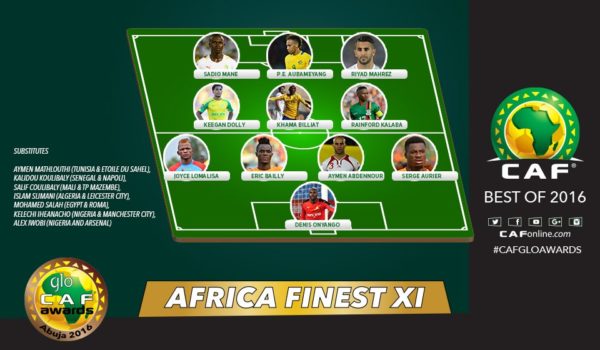 Riyad Mahrez of Algeria and Leicester City won the day’s most prestigious award, polling 361 votes to win the 2016 African Player of the Year Award.

He beat 2015 winner Pierre-Emerick Aubameyang of Gabon and Borrusia Dortmund who had 313 votes in second place, and Sadio Mane of Senegal and Liverpool who was third with 186 votes. 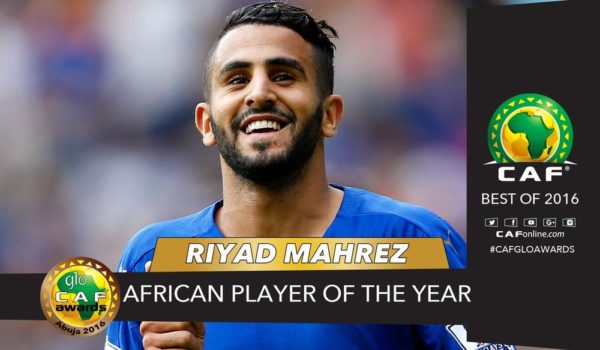 Dennis Onyango of Mamelodi Sundowns and Uganda won the 2016 African Player of the Year (Based in Africa) Award. 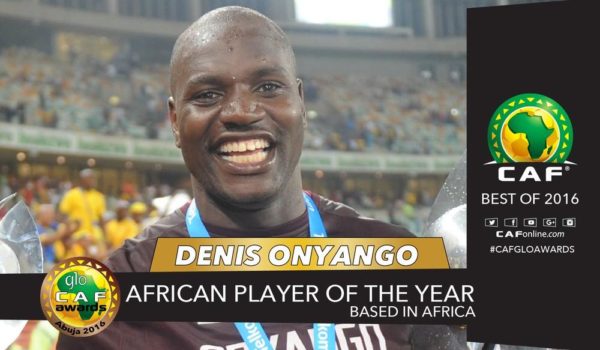 In second place was Khama Billiat of Mamelodi Sundowns and Zimbabwe, while Rainford Kalaba of TP Mazembe and Zambia came third. 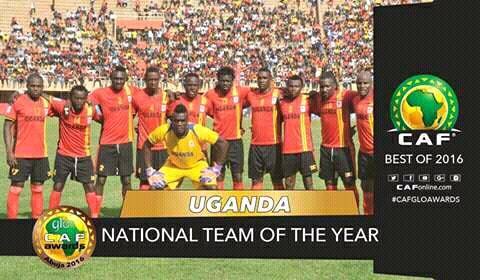 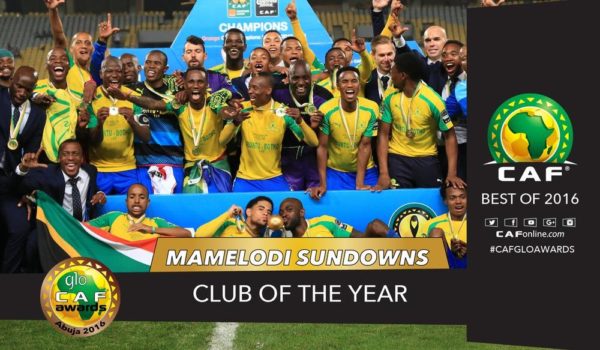 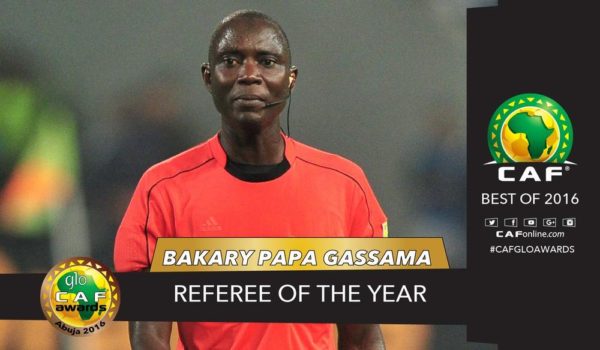 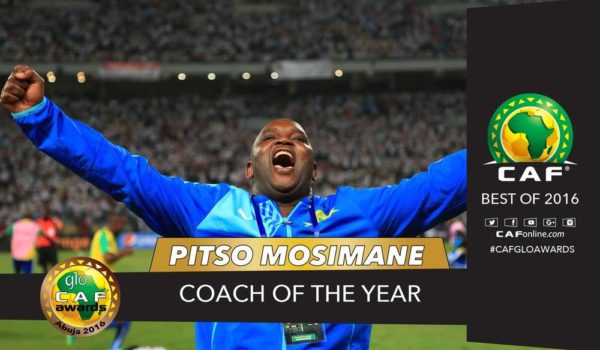 Laurent Pokou of Côte D’Ivoire won the 2016 African Football Legend Award, while the Football Leader of the Year Award went to Manuel Nascimento, the President of Guinea Bissau Football Federation.

Pokou who died last November was posthumously inducted together with Cameroonian Emilienne Mbango, one of the pioneers of women’s football on the continent.

The 2016 Awards, which marked the Silver Jubilee of the CAF Awards inception, was as usual accompanied by musical performances from renowned artistes.

These included Afro beat musician Femi Kuti, Flavour, Yemi Alade and Omawumi, all from Nigeria, while South African group Muffinz and Diamond Platinumz from Tanzania were also in action.