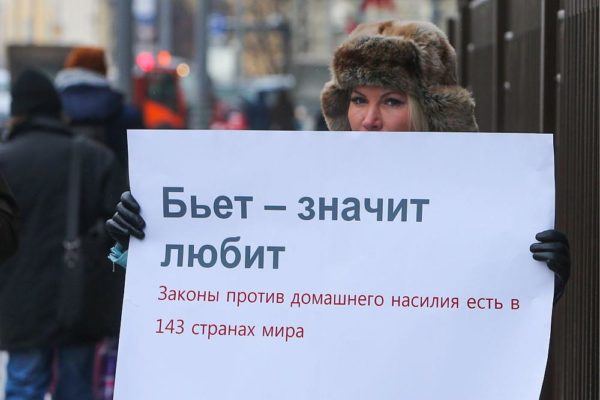 A bill that would decriminalize some forms of domestic violence in Russia passed a key stage in the Duma on Wednesday.

The bill, dubbed the “slapping law,” decriminalizes a first offence of domestic violence that does not seriously injure the person, making it a less serious administrative offence. The bill also includes violence against children.

More than 85% of legislators in Russia’s Duma approved the bill on Wednesday in its second reading.It will need a third reading and vote before going to the upper house and then to the president to sign into law.

Women’s rights groups have vocally opposed the bill, saying that decriminalizing assaults will only encourage more violence in a country where the rate of assaults in homes is relatively high. Human Rights Watch has urged parliament to reject the law, calling it “dangerous and incompatible with Russia’s international human rights obligations.

“Passage of this law would be a huge step backwards for Russia, where victims of domestic violence already face enormous obstacles to getting help or justice,” said Human Rights Watch Russia researcher, Yulia Gorbunova.

Activist Alena Popova has launched a petition on Change.org demanding that the Duma pass a completely new law against domestic violence. More than 224,000 people have signed it.

Official data on domestic violence in Russia is not centrally collected so it’s difficult to verify. But state-run news agency RIA Novosti has reported that 40% of serious crimes in Russia are committed in the family, 36,000 women are beaten by their husbands daily, and 12,000 women die yearly as a result of domestic violence — one woman every 44 minutes.