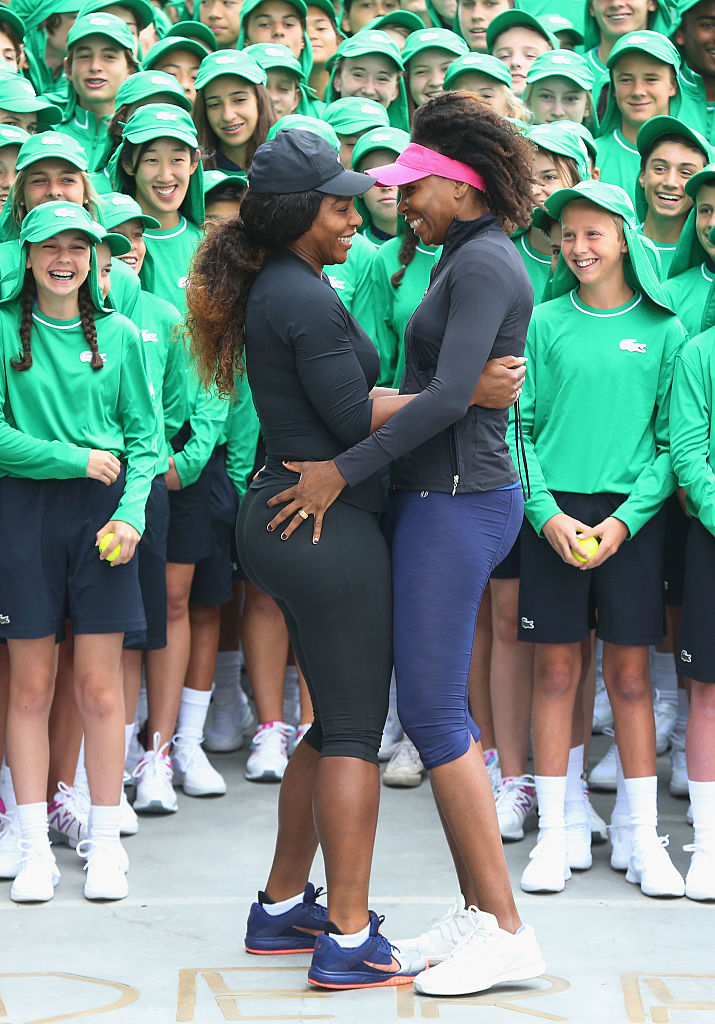 MELBOURNE, AUSTRALIA – JANUARY 10: Serena Williams (L) arrives to the suprise of sister Venus Williams of the USA as Australian Open Tournament Director Craig Tiley introduces them to over 380 Australian Open ballkids for the annual welcome ceremony during a practice session ahead of the 2017 Australian Open at Melbourne Park on January 10, 2017 in Melbourne, Australia. (Photo by Michael Dodge/Getty Images)

Serena Williams only had amazing things to say about her big sister Venus as they get ready to face each other in the 2017 Australian Open Finals.

In her interview with the press after winning her semi-final match against Mirjana Lucic-Baroni, Serena said –

“I’m really proud of Venus. Another total inspiration. My big sister. She’s basically my world and my life.”

Watch a snippet of the interview –

I’ll be ready!! #AllWiliamsFinal in 2017 They were suppose to retire years ago! ?????? God laughing at the critics.