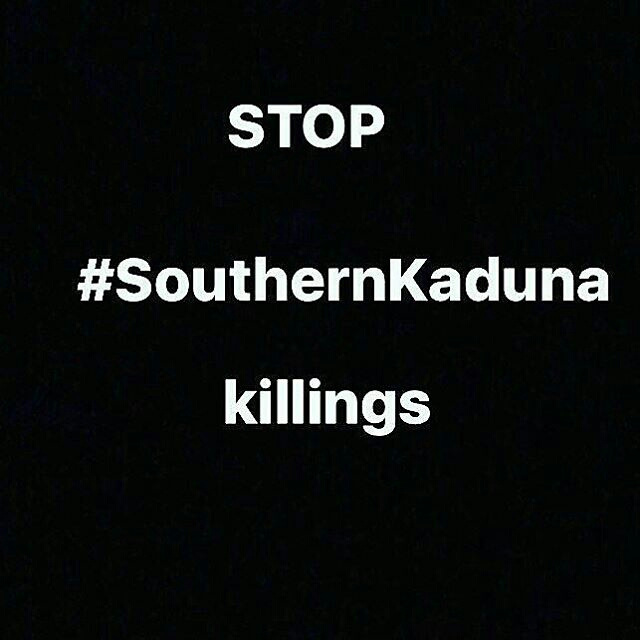 Herdsmen under the aegis of Miyetti Allah Cattle Breeders Association of Nigeria (MACBAN) has called on both parties involved in the crisis in Southern Kaduna to forgive each other and stop reprisal attacks, THISDAY reports.

“We call on the entire people of southern Kaduna to forgive what has happened. Both parties should learn to forgive. This crisis will never end if you think you would go and revenge what happened to you , so we’re appealing to all parties to sheath their swords and embrace peace.

There should be no hate speech, we should avoid those speeches that paint us as fanatics or ethnic champions. Let us all work for peace. We inherited a peaceful southern Kaduna and I don’t think we are sensible if we bequeath to our children and grandchildren a southern Kaduna that is fighting itself. We want to assure that we will continue to work with people of goodwill. In southern Kaduna there are good people that are out for peace,” Dr. Ibrahim Abdullahi the Assistant National Secretary of the association said at a press conference over the weekend.

Narrating what led to the current crisis which began in May 2016, Abdullahi said:

An argument ensued between two pastoralists that were trying to pass through a stalk route with which resulted in a fight with a farmer.

Bother parties were wounded and were taken to hospital for treatment and I think one of the Ardo from that area volunteered to pay for the treatment of the Fulani that were wounded, but some youths thought otherwise and organised themselves, killed the Ardo, set him ablaze, burnt about 67 of Ardo’s settlement and there we go.

MACBAN with some well-meaning sons of southern Kaduna sat down together and started working on peace even up to the stage of signing an agreement.

We asked all the nomads that were affected by those crises to return (after a meeting of both parties was held at the Palace of the Chief of Godogodo. Four nomadic youths rearing their animals were killed (afterwards) and we started again from square zero.

Later a new dimension was introduced to the issue where people just go out wherever they see a Fulani man with his cows, they attack and kill him.

They block roads and stop vehicles, anybody with the sign of Fulani man should be brought out and kill etc. “That’s what has been happening. In one of the killings, a Mining Engineer with his brother from Niger Republic, who had signed a MoU with Nasarawa State Government to prospect for solid mineral and was traveling to Nasarawa state was stopped and killed.

Some nomads returning to Plateau state from Niger state where they went for a function, and somewhere in Denghi and Delmai at the border with Plateau, about thirteen of them were killed in Darade and one of them is still missing, and the vehicle they boarded was completely burnt. We had to quickly go, meet and discussed with them.

Some Fulani traders returning from Lafiya were followed and tracked from Kagoro and finally got at Samaru, some were killed, but two of them were saved by a Kataf man who hid them in house for two days before returning them. “That’s why we’re saying the idea of revenge and retaliation is wrong. If you want to attack Samaru now to revenge what happened to your brothers you may likely kill that Good Samaritan. So let’s avoid vengeance.

As an association whose members has been unjustifiably accused and maligned, we think that it is time for us to make our stand and set the record straight for posterity.

Inspector-General of Police (IGP), Ibrahim Idris on December 31 2016, speaking during a fact finding visit to the troubled area said the force would establish a mobile police base in Kafanchan to address security problems in the area.

“From the discussion I had with Kaduna State Governor, Nasir El-Rufai, we have decided to station a mobile police base in Kafanchan. We are here to see things for ourselves so that we have a lasting peace in the whole area.”

The IGP said a panel had been set up to investigate the crisis in the area thoroughly, including the allegation that 800 people were killed in the crisis.

Idris said some of the reports on Southern Kaduna were exaggerated. He said most of the leadership of the villages had a lot to contribute to peace and unity of the area.

“Some of the community leaders need to be cautioned. They are contributing to creating situation that does not exist,” he added.

Ekiti Youths to Get Lands for Farming