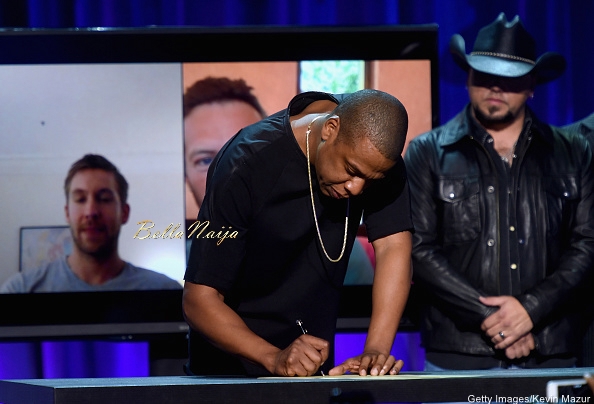 Jay Z is selling one-third of his Tidal streaming service to Sprint for a whopping $200 million, according to a report released earlier today by Billboard.

According to Forbes, as part of the deal, Tidal will become available to Sprint’s 45 million customers; the telecom giant’s CEO Marcelo Claure will join Tidal’s board of directors.

“Jay saw not only a business need, but a cultural one, and put his heart and grit into building Tidal into a world-class music streaming platform that is unrivaled in quality and content,” said Claure in a statement.

Jay Z added, “Marcelo understood our goal right away and together we are excited to bring Sprint’s 45 million customers an unmatched entertainment experience.”

A Sprint spokesperson confirmed the company had purchased 33% of Tidal and that Jay Z and his fellow artist-owners would retain equity in the streaming service, but wouldn’t comment on the price.