The UEFA Champions League resumed on Tuesday night after many football fans worldwide waited several weeks to see their favourite football clubs get back to the late night actions.

There were four matches played this week which yielded four home wins to kick-off the last 16 stage of the competition.

The other four fixtures will be played next week to complete the 1st leg of the last 16 stage.

Here is a general review of  how the teams played and results for this week. 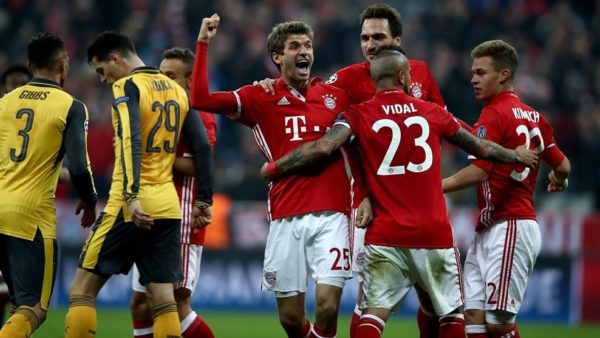 Arsenal‘s Champions League hopes lie in tatters at the last-16 stage yet again following a first-leg battering at Bayern Munich.

The Gunners, who have been eliminated in the first knockout round of the competition in each of the last six seasons, twice by Bayern, not only conceded five goals but over 75% possession in Germany.

Their challenge lasted until the break thanks to Alexis Sanchez, who followed up his own missed penalty to equalise after Arjen Robben‘s superbly-struck 25-yard opener.

But after Arsenal lost Laurent Koscielny to injury early in the second half, Bayern ran riot during a 10-minute period in which Robert Lewandowski headed home before Thiago Alcantara scored twice. Substitute Thomas Muller scored the fifth.

It leaves Arsenal with a near impossible task in the second leg and heaps more pressure on manager Arsene Wenger, who now only has the FA Cup as a realistic potential trophy in what will go down as another failed season. 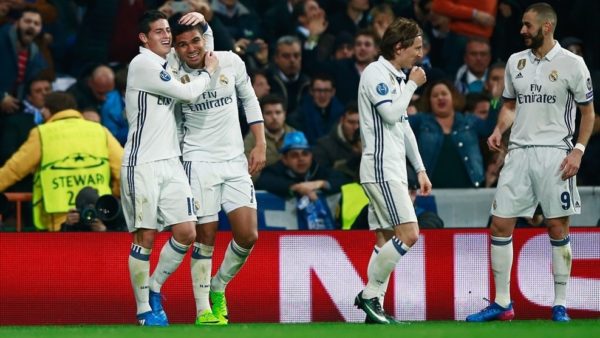 In the other match last night, Real Madrid came from a goal down to beat Napoli in the first leg of their Champions League last-16 tie.

The visitors took the lead from a superb Lorenzo Insigne strike inside eight minutes.

Toni Kroos put the hosts ahead early in the second half, before a stunning volley from Casemiro sealed the win.

Napoli will host the second leg on 7 March, with a place in the quarter-finals at stake. 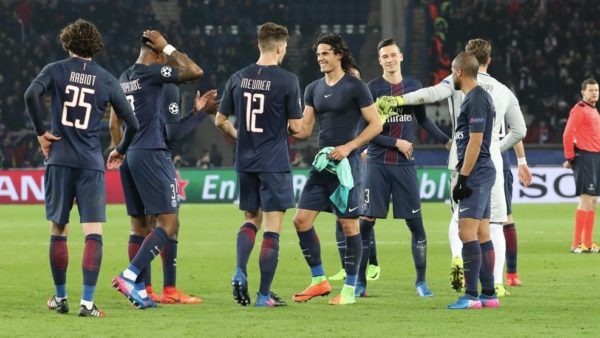 Paris Saint-Germain put up a masterclass performance as they thrashed Barcelona 4-0 in the first leg second round of the UEFA Champions League at Parc Des Prince on Tuesday night.

A brace from Angel Di Maria on his birthday and a goal each from Julian Draxler and Edinson Cavani sealed the emphatic win for PSG. 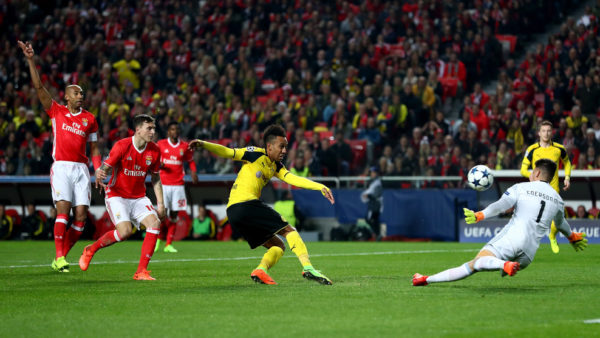 In the second game on Tuesday night, Borussia Dortmund squandered chance after chance, including a second-half penalty, before slumping to a 1-0 defeat by Benfica.

Kostas Mitroglou scored shortly after halftime and goalkeeper Ederson made some key saves afterward to help Benfica seal their win.

Pierre-Emerick Aubameyang missed the penalty in the 58th minute, when his shot was stopped by Ederson.

Benfica will be looking to reach the quarterfinals for the second straight season in the second leg on March 8 in Germany.

All results for the week in the UEFA Champions League.

What a week of #UCL football! Four home wins to kick-off the last 16…https://t.co/LdzcBaFTNK