Criminals Posing as Security Officials: Twitter User Narrates how he Escaped Being Kidnapped/Carjacked in Lagos

The rate of kidnapping in the country is going high by the day and security agencies must act to nip it in the bud.

The latest trend is kidnappers posing as security officials to carry out their criminal act.

Recently, three friends were kidnapped at a creamery in Abuja by gunmen in security outfits. They were later released.

Last week, a Twitter user also shared how he escaped being kidnapped by a man in police uniform in Abuja.

Today, another Twitter user has narrated how he escaped from the hands of criminals who posed as police officers when he parked at a bus stop to drop someone. 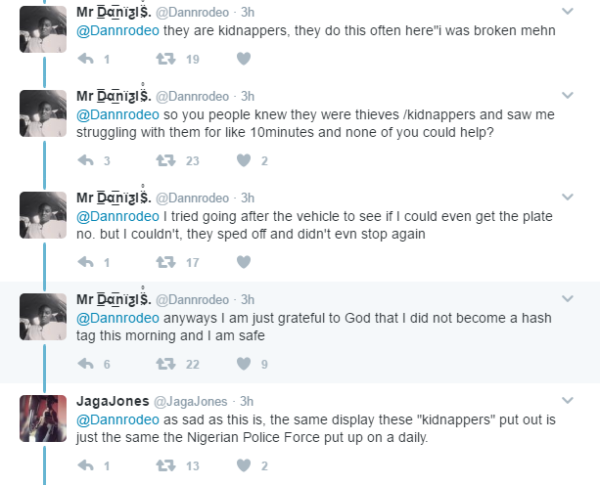