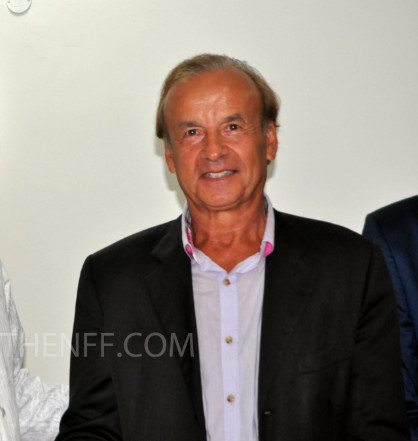 Nigerian Football Federation (NFF) has revealed that the Super Eagles will play two friendly matches against two African teams in their preparation of  the crucial Russia 2018 FIFA World Cup qualifier against Cameroon in August.

Despite maintaining a 100 percent record in Group B, the football house is geared up to give the 2013 African Cup of Nations (AFCON) champions the perfect preparation as they face the Indomitable Lions in their next game.

In a press release, the Super Eagles coach, Gernot Rohr, spoke on why the National team will play the upcoming international friendly games against Senegal and Burkina Faso in March.

According to the German, the two warm-up games will help the Super Eagles prepare well for June’s African Cup of Nations qualifier against South Africa.

The matches against Senegal and Burkina Faso will hold at Hive Stadium in Canons Park, England.

The Super Eagles has failed to qualify for the prestigious African Cup of Nations tournament since winning the 2013 edition, therefore missing out on both the 2015 and 2017 competitions.

We are not thinking too far ahead of the World Cup games against Cameroon later in the year,” Rohr said.

These two friendly matches in England will help us prepare for South Africa in June.

We have to take it one step at a time, first we focus on South Africa then we start to look at Cameroon.” He said.