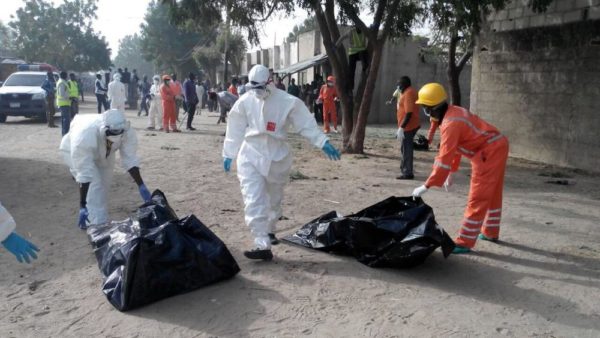 The Borno Police Command said on Friday that a suspected suicide bomber detonated his explosive in the midst of 13 trucks along Maiduguri/Mafa road leading to mass destruction.

The Spokesman of the command, Victor Isuku ,said this in a statement in Maiduguri.

“On Thursday at about 2318 hrs, a suicide bomber sneaked into the midst of 13 pick-up trucks loaded with goods along Maiduguri/Mafa road, said to be awaiting departure to Gamboru Ngala in the early hours of Friday. He detonated an Improvised Explosive Devise (IED) strapped on his body,” Isuku said.

He, however, said that only the bomber was killed during the incident as the vehicles were parked empty.

“The resulting explosion razed down the parked vehicles beyond recognition. A police patrol team was promptly deployed to the scene to restore safety and normalcy,” the police spokesman said.

However, according to a report published by SaharaReporters, there was “heavy gunfire and bomb explosions” in the city of Maiduguri late Thursday evening.

The report stated that according to sources:

Heavily armed Boko Haram fighters around attempted to attack Maiduguri through the newly constructed Customs House where IDPs from Mafa LGA are being camped but were stopped by the gallant military officers and members of the Civilian JTF who engaged them in a serious gun battle that lasted more than an hour.

An unconfirmed report said scores of civilians and all Boko Haram fighters that carried out the late Thursday evening attack were killed. 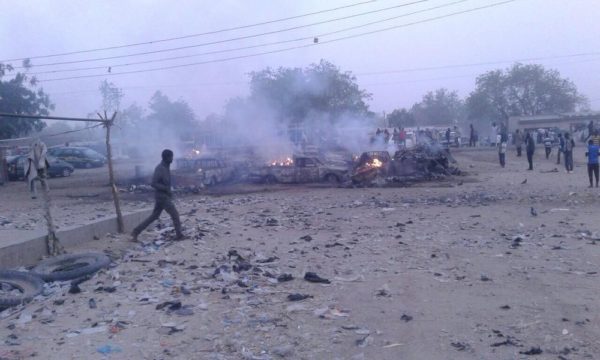 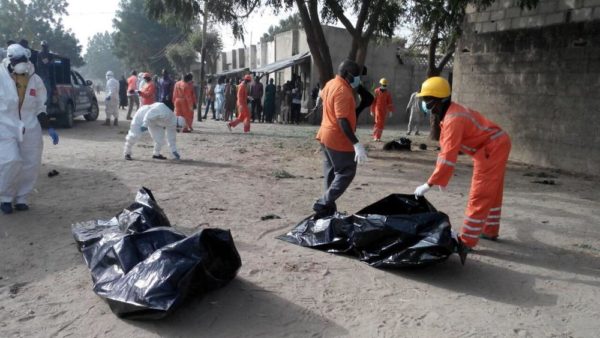 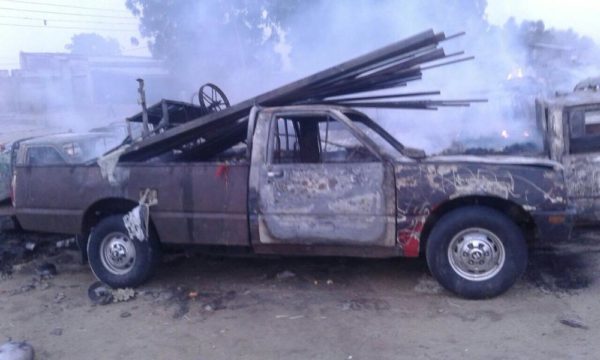 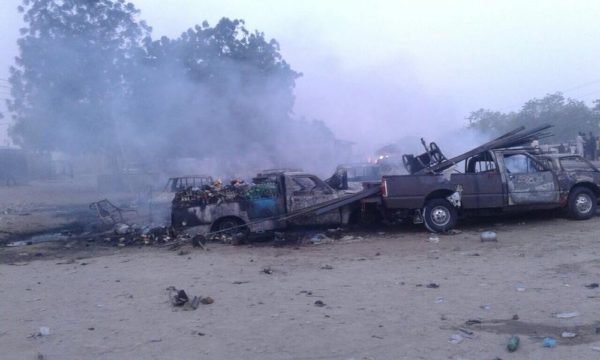 Freeze & Kiibati Bankole in Online Battle over Payment for an Event

And the winners for the competition to attend “Money: What’s love got to do with?” are…