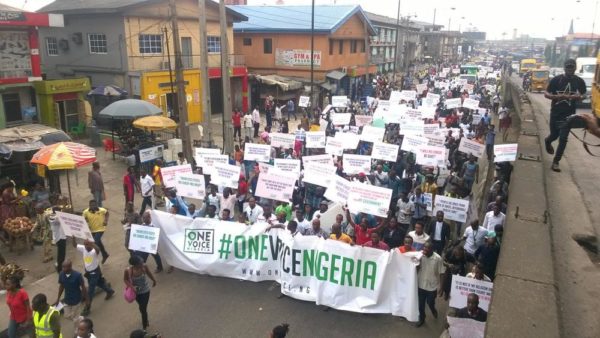 The stories that trended this week on Google were sensational. Some of the top searches on the internet in Nigeria include the news of popular producer, Seun Egbegbe accused of fraud, a clamour to know the health status of President Muhammadu Buhari, and the return of a convicted former governor, James Ibori to Nigeria.

Google Communications and Public Affairs Manager, Anglophone West Africa, Taiwo Kola-Ogunlade, made this disclosure in a statement in Lagos on Thursday.

He said, “The week starting from February 1 to February 8 could be described as quite sensational if one was to use the Google Trends as a measure as there were lots of searches and trending news in Nigeria.”

The filmmaker allegedly pretended to be a medical doctor while trying to defraud the BDC operator.

This accusation comes six days before his appearance in court for alleged theft of nine iPhones in November 2016.

Another top sensational trend in Nigeria was the news of former convicted governor of Delta state, James Ibori, made the news again when he returned to Nigeria.

The former statesman who was charged to court for several corruption charges before he was extradited to the UK, was recently released from a London prison after completing a 13-year jail term.

The Protests without 2Baba

Following an uprising catalysed by 2Baba who announced on social media that he would lead a protest against the Nigerian government, he backed out.

The #IStandWithNigeria protest, which was held without the popular musician, 2Baba, its mastermind, was a top trend.

The well-respected musician explained that he stalled the event due to security concerns and public safety considerations. The protest which was publicized as #IStandWithNigeria, went on as planned without him in Lagos, Abuja and some other parts of Nigeria.

After extending his vacation to an unspecified date, Nigerians took to the internet asking for an update on his health status.

Despite the Acting President declaring that Buhari is hale and hearty, Nigerians are apprehensive of a similar turn of events that led to the demise of former President Musa Yar’Adua.

The Nigerian army warned the general public to be careful of some fraudsters and roguish persons who have been impersonating Tukur Yusufu Buratai, army chief.

The fraudsters are said to use different means like the internet and social media to commit criminal acts.

This week, many Nigerians showed interest in Super Bowl, the annual American football championship final, despite reports that television ratings slipped for the second straight year.