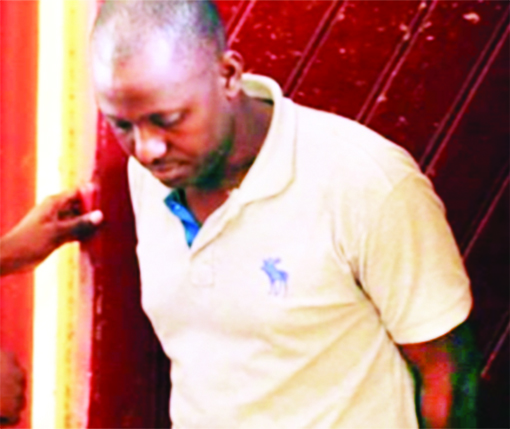 A Nigerian, Babs Rasaki, based in Brazil, has appeared before Magistrate Judy Latchman in Guyana to answer to fraud related charges.

Rasaki, the prosecutor said, on January 9th and 13th, obtained from Lucky Dollar store in Georgetown, one washing machine, a television set and other articles valued at Guyanese $582,495 (US $2794).

The prosecutor said that Rasaki, with intent to defraud, used an American Express credit card, in the name of Ann Clara Angelino, knowing same to be forged.

The second charge read that the accused, “on January 10 at Wellington Street, Georgetown, and with intent to defraud, obtained from Gizmos and Gadgets two iPhones, valued Guyanese $550,000, (US $2638) by virtue of an American Express credit card in the name of Ann Clara Angelino, knowing same to be forged.”

Rasaki, who denied the charges, said that on the days mentioned, he had accompanied Angelino, a Brazilian, who he said does not speak English, to the stores to make purchases on her behalf.

Rasaki, who was unrepresented, was remanded and was refused bail on the grounds that he does not have family in Guyana or a local address in the jurisdiction.

Police are also currently conducting an investigation with regards to the other documents found in his possession.

The man will face Chief Magistrate Ann McLennan on February 16.