Boomplay, formerly known as Boom Player has finally released its greatly anticipated version 3.0 and it is everything any music lover would love.

Boomplay updated and optimized several features in this latest version, which has made many music industry pundits declare it as a game changing innovation for African music consumption.

The new version comes with sleek user interface, which makes music discovery a lot easier and the app even more user friendly. With the rollout, Boomplay has become the first African music service to go social, allowing users do so much more than just streaming and downloading songs and videos. Boomplay version 3.0 will foster the relationship between music lovers, as users will now have the avenue to follow each other including celebrities in order to know, listen and download other users’ playlists. 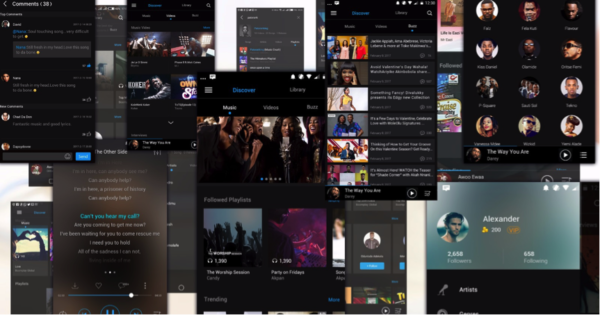 Talking about the latest version, General Manager of Operations, Boomplay,  Oye Akideinde said ‘ It became more and more important for us to create a more beautiful app with a global standard as our user base grew. We recently celebrated a milestone of reaching over 1 million installations in Google Play store and we wanted to give music lovers a more personal feel while ensuring all user complaints and requests are adequately attended to and implemented in the new version. We listened and made it happen and we are very glad the feedback has been awesome so far’.

The new version also features a ‘Buzz’ section where users can catch up with what’s trending in the entertainment world, keeping them up-to-date with happenings in the industry.

Thinking About Studying in the US? Take a Step Further by Attending INTO US Study Seminar for Free | Thursday, March 16th