Bodashee Abimbola: Of Journalism - Life Lessons on the Job 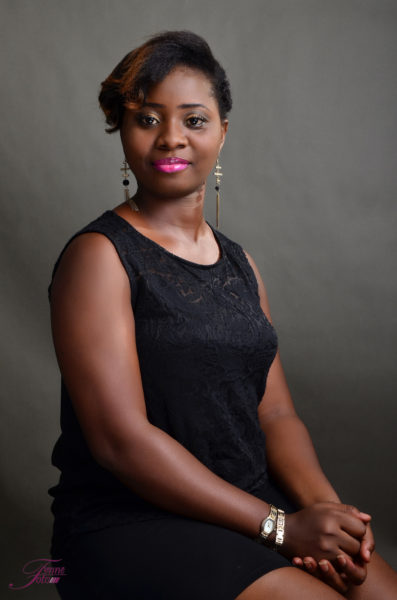 A journalism career was nowhere near my future ambitions at any point in time. [Insert Quick flashback to all those compositions about future ambitions in primary and secondary school.] I will admit I started to consider it before I entered the University, but once I was told the course was not available for study in the school I would be attending, I just picked something else. I moved on. Life went on. You get it? Yes!

Fast forward many years after, I am finding the profession a soulmate of sorts. Beyond the day to day hustle of production, I find that my work has changed certain aspects of my person and my perception towards life.
Among all the lessons I have learnt so far, here are the four I consider most valuable.

• We love the wife of our previous president very much, but Patience is much more than a name. I often wonder if parents who name their children “Patience” practiced journalism at any time in their lives. Many times, I have found myself being kept waiting by resource people (who in most cases are allowed to decide the day, time, and venue, of their interview by themselves) for over two hours on a good day. On a bad day, we’re talking three to four hours. No kidding.

Closing time exists on paper, not in real life, because production must be complete and the schedule waits for no one (A moment of silence for the many dates I have missed because I had to stay back at work to complete production.) But the end always justifies the means. You could chose to walk away from these situations and end up with a crappy story, but the thrill of delivering a story that can stand the test of time is often a great reward for one’s patience.

• Attention to detail is not only useful for Make-up artistes. Many Make –up Artistes can relate with the clients who look in the mirror and say “why aren’t the brows the exact same length?” Trust me I know how you feel. In my early days on the job, I would go out, conduct an interview, ask the most intelligent questions I could muster and come back to the office with a smirk on my face. Then the following day, while editing, questions and observations will arise.

“Madam, this your interview ehnnn, I don’t like the way the man is sitting in his chair. You allowed him lean too far back which is now making him look arrogant, this could put off the audience” You need to see my face at these times. But times have changed, and mundane as they sound, I have come to learn that leaving out the smallest detail could come back to mar your production.

In my personal life, I have applied this attention to details. I’m glad to say I am a better person for it now.

• Tact and diplomacy were only discovered after the 2nd World War. How many times do I come across situations that could likely degenerate into the 3rd World War? Your guess is as good as my answer. Many times. In the course of meeting with guests, dealing with colleagues, handling equipment, one finds that, we may all have two eyes, two ears, one nose and one mouth, but that doesn’t really make us the same. As humans, our approach to issues and situations are different. One must make accommodation for these differences without hurting others. Differences are often better settled with a discussion than a heated exchange of words. Ignoring people who cannot be reasoned with usually brings you a step closer to your mission [Please ignore this advice if you are dealing with a Big man’s P.A while chasing a multi-million naira contract].

• Belief in my abilities is a most valuable gift. Journalism, in the environment where I practice, often involves getting approval from bosses for a story you intend to pursue. This is only normal in a lot of places (except you are the head of your department, or a freelancer). However, convincing people about the viability of an intended story is not the easiest thing to do. Sometimes, I have the most beautiful images in my mind. I may be seeing the end result of the report in my dreams but finding the words to convey this vision…more like a hike up Mount Kilimanjaro. This can end two ways: You really may just make it up to the summit, or make a U-turn and head back to the foot of the mountain.
Initially, the second option would make me lose all belief in myself, but over time I have learnt that nothing usually is wrong with my idea itself. Sometimes, it may need some fine-tuning, or I may need to work on my presentation of it. Week after week, I have come to see that my input contributes to the overall achievement of the team’s goals. This undoubtedly means that my abilities have value. No matter what anyone thinks.
The result of this is a confidence in myself that extends to other aspects of my life – except flirting. (Somehow, that just never turns out right)

Journalism is a career that I hope to pursue as long as I am alive – except Dangote decides to make me a 2nd wife – and I know the journey has only just begun.
Yet, it seems to me like this career is equipping me, itself, with the tools needed for the journey ahead.

BellaNaijarians, What’s Your Answer to this #Trending Question?

Bodashee is an Assistant Producer at TVC News. She is an avid reader of books and hearer of music. Her love for catfish pepper soup and boiled corn knows no bounds. Follow her in Instagram and twitter @iambodashee