Gifty, a Former housemate in the ongoing Big Brother Naija, has reacted to a statement by one Augustine Akumah who claimed to be a cousin to her husband, one David Sorochukwu Akumah.

Recall that BN had reported that Gifty was married to this same David, the CEO of Sodafaces Multimedia And Entertainment Company where she had been as an MD since 2009.

Love makes you smile…HATE makes you famous..FAKE rumors  makes you stronger and BIGGER… PS: no matter what is said or written i will always be the HEAD in the GAME…… I AM GIFTY POWERS…that’s my name! #GODCANBLESSANYBODY #NEVERGIVEUP #ITSJUSTGOD

Augustine also shared photos from the wedding ceremony which was attended by former governor of Ebonyi state, Sam Egwu as shown in one of the numerous photos he released.

The photos were first published on Superiorlouis Blog where it was said that Augustine sent them along with the following post:

#GiftyBBN.. It’s appalling that you will never in your life be truthful even when you are caught in the act. JESUS!

I am Engr David Akumah’s Cousin who refused to be quiet even though my family members are mostly scholars and God fearing,…and wish not to meddle with things that will bring more disgrace to the family’s name…
but now I say Enough is Enough! Please Readers be aware

(TRUTH BE TOLD)
Gifty is Married to my Cousin David Sorochukwu Akumah AkA Sodafaces… a renowned Nollywood Director and Producer whom am not surprised that he decided to keep quiet over this matter till now because of his meek nature as a Quiet-Busy-Responsible man and had in the Past, vowed not to be associated with what ever Gifty is involved in because of scandals.

For the Records! My Cousin David never uploaded Gifty’s wedding pictures as an instrument in removing Gifty from BBN as accused, or to claim her further as his legally married wife,… rather what he did was to shut down Folders of upto 1000 copies of both Bachelors, Traditional and White wedding pictures of him and Gifty from his Facebook account, immediately after they had a problem that was not properly managed by the couple themselves about Gifty’s Cheating Life while still in his husband’s house.

It’s a Pity that Gifty is still a very big Liar, never truthful to her new Fans and will never be because that’s how her fake identified super model mother as she said in Pulse TV interview brought her up. Obviously you can’t give what you don’t have…Gifty was not morally brought up due to want of making it big with the mother by all means over the years.

Please Nigerians disregard whatever that comes out from that big fake liar’s mouth called Gifty because she cannot give what she does not have which is TRUTH. She was trained by a funny Mother who gave birth to over four children from different men inwhich all the children she have, never knew their father including the so called Gifty (#FACT).

Gifty… I decided to fight dirty through this piece of write up because you don’t know the disgrace you have robbed and brought upon Rev. Professor Akumah’s family which I belong to. You are a wife not some girlfriend of Mr2k or whatever he calls himself..and a point of advice to all men out there….please I beg of you try and find out a little info about any woman you are having an affair with because you may be sleeping with another man’s wife and thereby bringing a curse to yourself …don’t forget our traditions in Nigeria is still very strong to fight offenders…
…And for #BBN or #BBA…please make true identification findings about married people on your show before reducing our Nigerian morals to zero.

Gifty those pictures online you saw and decided to react with lies when the game is over was a 2014 mobile upload pictures you used your hand to upload through my Cousin’s phone when you guys were living together as husband and wife…obviously because you felt he had more Nollywood followers in FB than you and decided to use his platform unknowing to him of the wrong English expression you had attached to those posts of yours that turned against you..now he is undergoing a public disgrace and accusation from your likers that he wants to either use you to sale out as a brand or bring you down…Rubbish! Something he innocently knows nothing about and even does not know how to react to the blackmail because he is also a public figure.
I swear you get luck no be me dey marry you…seriously I for finish you in this your stupid online game.

In their wedding on 6th April 2014, our former Governor His Excellency Senator DR. SAM EGWU was in attendance alongside other important government dignitaries at Assemblies of God Church Odunukwe in Abakaliki followed by a grand wedding reception at WDC Hall in Abakaliki, Ebonyi State (#VERIFY– Please you are free to ask your friends around Abakaliki because it was a huge wedding)

Gifty! that your Husband whom though do not want to change his mind in not bringing you back to his house after all his family’s persuasion to do so when your manipulative immoral mother came to his house at Asaba and took you away to Ghana simply because she asked for my cousin after one week of their white wedding to open a boutique for her (Gifty’s Mother) in a choice place in Lagos and he begged her to be allowed for sometime to enable him recoup from his just concluded wedding spendings which she vehemently refused and took you! her daughter away.

I can only say may God forgive you and your mother because to you people… traditional and white wedding is just like a one day bikini Party ..chaii..na moneyooo my cousin take use package such wedding no be Paperooo Danm!…

Please Gifty this is not Liberia where your mum grew up…This is Nigeria where a woman can only leave her husband for good or bad either by way of tradition through giving Dowry back by the Elders or Court dissolving the union via Divorce proceedings.

Please Be wise and say the truth before you loose everything including your new fans and be rest assured that my cousin Brother may not accept you back because you and your mother have crossed the line…and if you continue blackmailing or threatening him weather publicly with your so called Online PR Team or phone calls as you and your mum is doing at the moment, then I will be forced to release Audio and Video facts of all of these am saying because I know some of your likers will still blindly say these pictures below i took with my own camera during their traditional and white wedding and also when the couple were signing Marriage certificate were all photoshoped or you are been framed as usual…

So in absence of your next actions, I say May God help your mother to help you redirect your life positively before its too late since you both are inseparable. I believe you can also make it bigger with little or more morals like most of our Nigerian celebrities… GoodLuck 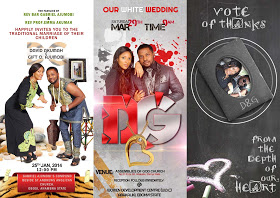 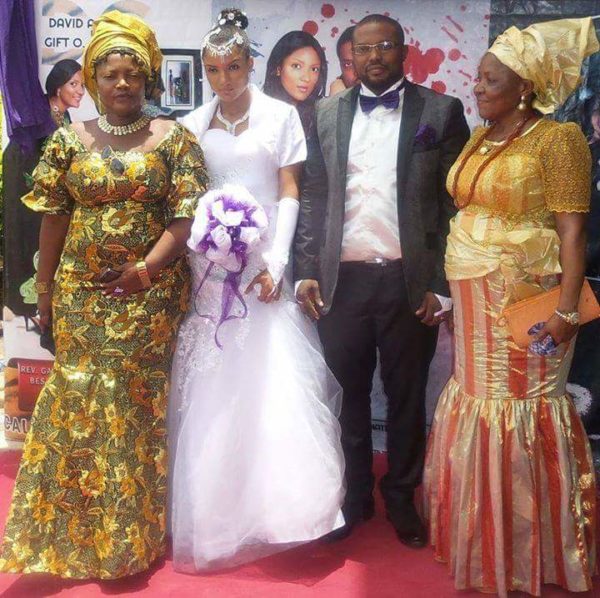 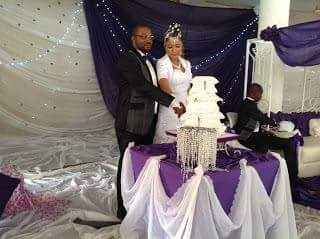 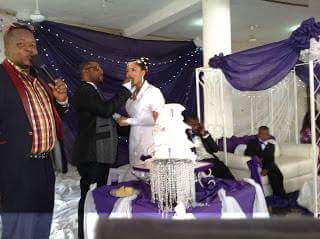 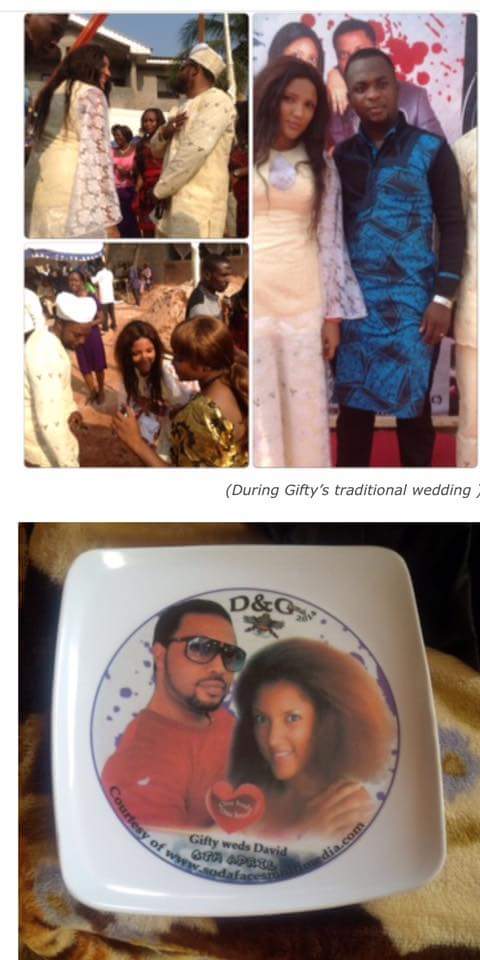 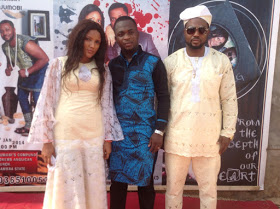 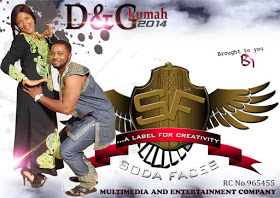 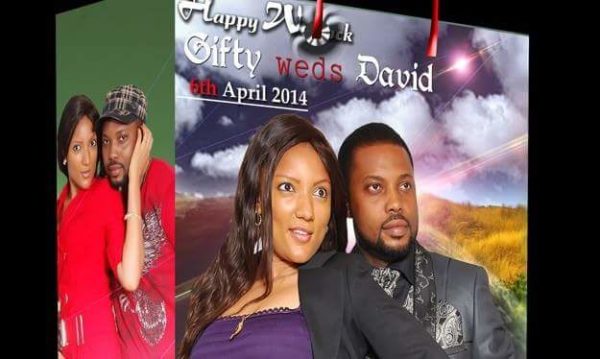 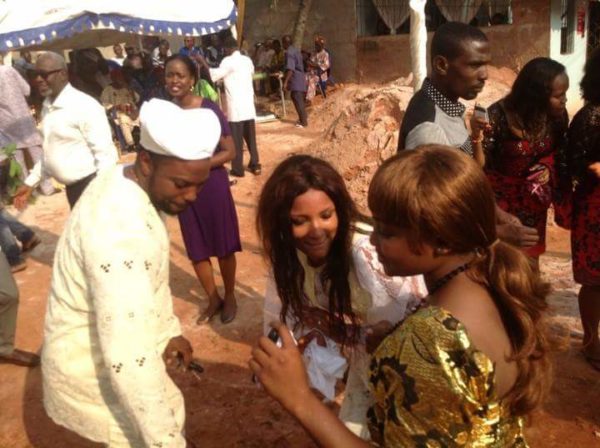 Dating? These Exchanges Between Lola Rae and Tekno Suggest So