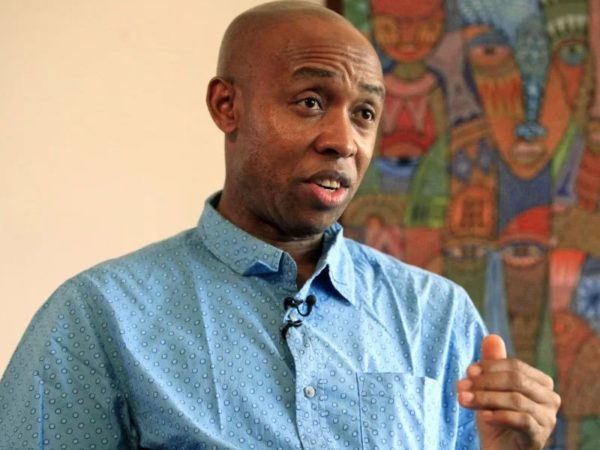 Following the death of two students – Vivian Osainiyi and Bithia Itulua – of Queen’s College, Lagos, the state government, on Thursday, advised that the school should remain shut to enable a proper treatment of the its water system.

The Lagos state Commissioner of Health Dr Jide Idris, while briefing the media on Thursday, said that bacterial infection, spread through contaminated water, led to the deaths of the students.

Idris advised that the school should remain shut, adding that over a dozen students have been hospitalised, following the outbreak of the disease.

President-General of Unity Schools Old Students Association (USOSA) and former Chairman of Nigerian Human Rights Commission (NHRC), Chidi Anselm Odinkalu has said that the school is in a public health emergency, adding that it is irresponsible to allow return of kids to the premises at this time.

He made this known in a statement on Saturday, read below:

The situation at Queens College (QC), Yaba, Lagos is now a public health emergency and addressing this urgently must preoccupy the attention of the school, public health authorities and the school community. Pending independent certification of the school as safe for human activity, it should remain closed. Temporary, alternative arrangements should be made for preparation of  students about to take their West African School Certificate (WASC) examinations. USOSA supports the advisory of the Lagos State Ministry of Health to postpone the planned re-opening of the school and is gratified that the new Management of QC has heeded this advice.

Investigations ordered by public health authorities at federal and state levels have disclosed a mortifying state of affairs at QC. Since the beginning of January 2017, over 1,222 QC students have been treated at the school’s clinic for abdominal pain, fever, vomiting and diarrhoea. 16 students were admitted in various hospitals in the country, mostly in and around Lagos. Of this number, nine have reportedly been discharged; two have died, one is still in critical condition at the Lagos State University Teaching Hospital (LASUTH), having recently come out of coma. In the past 36 hours, another has been admitted into hospital.

Independent laboratory analyses have shown that the water sources in the school are contaminated by different forms of E-Coli and Salmonella, among other dangerous pathogens. 23 of 40 kitchen workers and food handlers have tested positive for Amoebiasis; another three reported positive for Salmonella and at least one is positive for Tape-Worm. The analysis also indicates that the boreholes that provide principal sources of water for the school are too shallow and too close in proximity to the sewage systems, to which the contamination has been traced. Hyper-chlorination, the envisaged short term solution, cannot and does not provide water that is fit for use. An extensive de-contamination effort is needed.

Despite clear evidence of a crisis, the Management of the school at the time failed to take appropriate steps to safeguard the children or call in assistance. Instead, they appeared bent on concealing the facts and denying reality. When parents cried out, the then Principal appeared around 23 February to blame the situation on “enemies of the school”, denying that “there is no epidemic, epidemic is when three-quarters of the population has died”. Around the same day, a Vice-Principal reportedly complained: “we are looking after 2,800 students and we are being crucified because two die”. From various levels of the Management of QC then, there was clear evidence of reckless disregard for the young lives in their care or worse.

USOSA mourns and condoles with the bereaved families. No parent should have to reclaim the body of a child sent to school in a body bag. We are hopeful that the children currently hospitalised will make full recovery. We offer our support to the present Management in returning QC to its historic place in Nigeria and commend the deep and determined sense of responsibility so far shown by the Queens College Old Girls Association (QCOGA) during this crisis.

The case for declaring a public health emergency in QC is very clear. Federal and State public health authorities should do so urgently and work together with the school authorities on an acceptable remedial plan, whose implementation should be independently verified. USOSA offers its networks to mobilise complementary support for this. Pending the implementation of such a plan, re-opening should be deferred. Consideration should be given also to suspending boarding facilities for the time being until an acceptable long term solution is found to the cause of this crisis.

The duty of looking after children in a learning environment is a sacred trust. This public health crisis at QC calls attention to the responsibility of everyone, especially school managements and education administrators, to uphold this trust at all times. As a result of clear failures in this case, young lives have been lost; many more have been endangered. In addition to the remedial measures needed to address the ongoing public health emergency, therefore, we believe that the gravity of the facts revealed warrant urgent and committed criminal investigations. Any persons found complicit or criminally negligent in bringing about this situation should be prosecuted and brought to account. This is the only way to ensure that this sad and tragic situation does not happen again.

“EFCC is trying to cook up allegations against me…. I ready for una” – Dino Melaye