The Renaissance Man! Adeoye 'Bobo' Omotayo is our #BellaNaijaMCM this Week 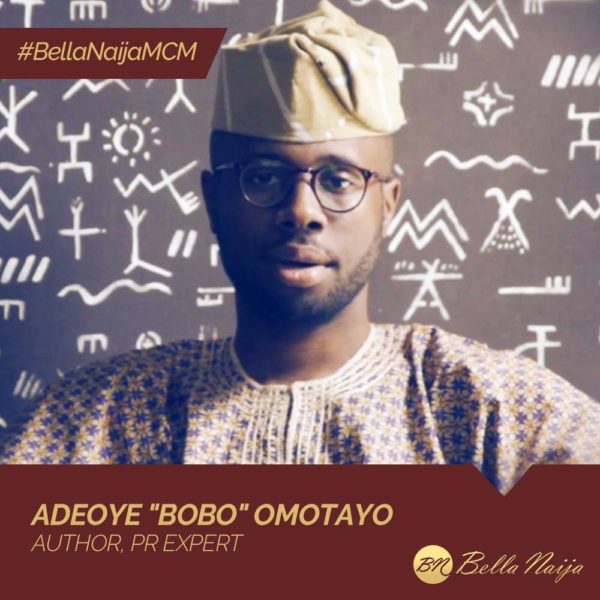 Bobo was a contributor at BellaNaija; he is the author of the popular Friday Track column circa 2010. The articles on Friday Track were turned into London Life, Lagos Living, a collection of short observations of everyday Lagos life.

Honourable is a satirical take on the realities of the Nigerian political scene. It is part-fictional, mostly-factional, and is certainly a play on a real life political campaign.

Bobo is the Creative Director of R&B PR, “a two-way communications agency, assisting clients to build and manage positive relations with target audiences.”

The play was directed by Kenneth Uphopho who also directed “Saro the Musical”.

“When you walk through that door of success, don’t shut it behind you” – Toke Makinwa shares her Personal Experience

#KLMExperience – A Guaranteed Money-back Reward! Get the Scoop on KLM’s HUGE Competition + Find Out How to Win