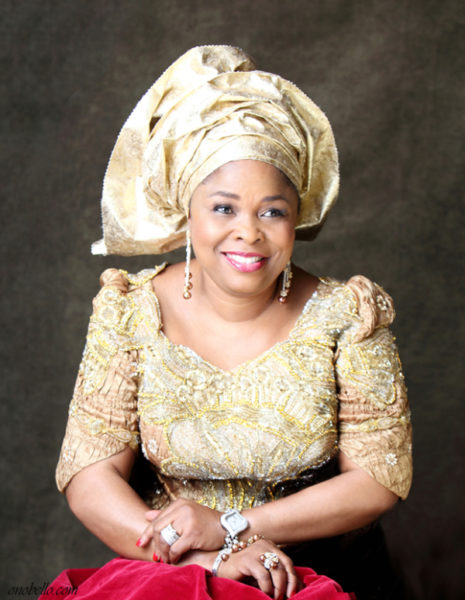 The order of the court was sequel to an application  argued by her lawyer Adedayo Adedipe (SAN), leading seven other lawyers.

Adedipe urged the court to unfreeze the account on the ground that Patience Jonathan was not a party in the suit leading to the order made by the court.

Adedipe while citing judicial  authorities contended that the order was an abuse of court process as the court has no jurisdiction to make an order against a party that is not a party in a suit filed before the court.

The Economic and Financial crime Commission (EFCC) which initiated the suit leading to the order made by the court freezing the account did not file any response to the application filed to discharge the order.

Justice Mojisola Olatoregun upheld the submission of Adedipe and discharged the order freezing the account.

Sometime last year based on an application filed before the court by EFCC, the court  ordered that the account of the former First lady Dame Patience Jonathan containing  $5,842,316.66 domiciled with Skye bank should be frozen on the ground that,the money was suspected to be proceeds of crime.

Also affected by the said order were the accounts of five companies holding N7.4 billion and the account of Esther Oba holding $429,381.87. The accounts were located in six different commercial banks.

The order of the court was sequel to a further and better affidavit in support of Ex-parte originating summons sworn to by Abdullahi Tukur. an investigating officer of the EFCC and filed before the court by EFCC prosecutor Rotimi Oyedepo Iseoluwa,

Tukur averred that there was urgent need for the court to direct the managers of the bank accounts contained in the schedule filed with the summons FHC/L/CS/1343/16 to in the interim, forfeit the money contained therein to prevent further tampering  with the account being sought to be attached.

Justice Mojisola Olatoregun while granting the order freezing the accounts listed in the attached schedule, ordered the anti -graft agency to file an undertaking as to damages if it turned out that the order was not to have been made.

According to the affidavit by Tukur, Patience Jonathan’s money in Skye bank was presumably  suspected to be proceed of crime.