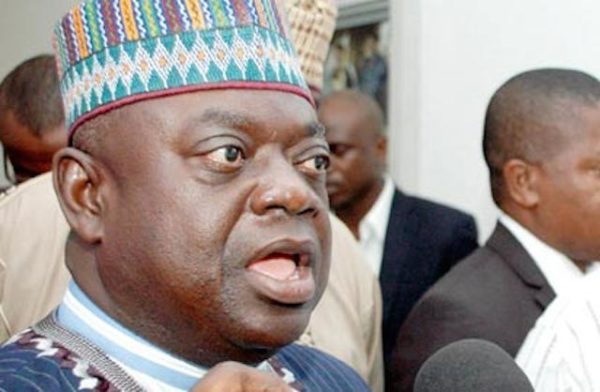 A Minna High Court on Tuesday ordered the remand in prison custody of former governor of Niger state, Babangida Aliyu, who styled himself the Chief servant, while in office.

He is standing trial over alleged N4.568 billion fraud and abuse of office.

Aliyu was docked alongside his former Chief of Staff, Umar Nasko, on a six -count charge bordering on criminal breach of trust, punishable under Section 97 and 312 of the Penal Code.

The defendants were accused of conspiring and dishonestly converting to personal use funds amounting to N4.568 billion, belonging to the Niger State Government.

According to the Economic and Financial Crimes Commission (EFCC), the funds are for ecological projects, as well as proceeds realised from the sale of 16 per cent shares of the state in the North-South Power Company.

Ayodele Oladeji (SAN) and Mamman Osuman (SAN), who appeared as lead counsel for the 1st and 2nd defendants respectively, applied for the bail of their clients as they pleaded not guilty to the charges levelled against them.

They argued that the defendants were always available when invited by the EFCC, adding there was no evidence they would jump bail.

The defence counsel, however, prayed the court to remand the defendants in EFCC custody, if it was going to fix a date for hearing of the bail application.

The EFCC prosecutor, Gbolahan Latona, opposed the bail application, arguing that it would jeopardise investigations.

The EFCC prosecutor also opposed remanding the defendants in EFCC custody, saying that accused persons were usually remanded in prison custody once the court takes “cognisance of the case.”

Justice Aliyu Mayaki, ordered that the defendants be remanded in prison custody and adjourned the matter till May 3 for ruling on the bail application.

The two-time governor, who served between 2007 and 2015, had been in the custody of the EFCC since April 4.

The Nigeria Security and Civil Defence Corps (NSCDC) in Minna promptly deployed 30 armed men to Minna prison after the ruling by the court.

Philip Ayuba, Commandant of the Corps, disclosed this in an interview with the News Agency of Nigeria (NAN) in Minna shortly after the court sitting.

Ayuba said that movement of cars, motorcycles and other vehicles to the prison would be closely monitored.

“We will be patrolling the metropolis along with the Police and the DSS against any unforeseen circumstances,” he said.

He said the NSCDC personnel deployed will complement the efforts of the prison officers managing the prison against any security threat.

The commandant warned residents against any form of demonstration around the prison as anyone caught would be dealt with.

Related Topics:Babangida AliyuEconomic and Financial Crimes Commission (EFCC)
Up Next