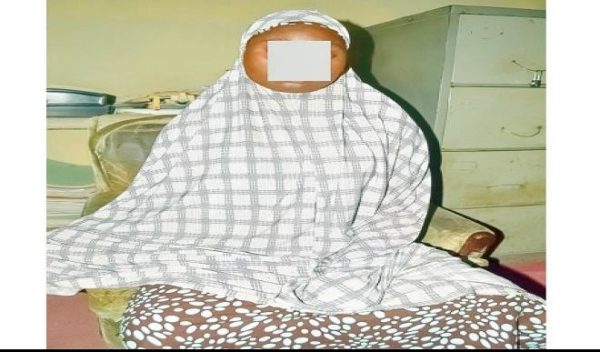 The Police Command in Kano State has arrested three local barbers who cut off a teen bride’s genital in a bid to “solve the problem” of her refusal to have sexual relations with her husband.

The Public Relations officer of the command, DSP Magaji Majiya, disclosed this while briefing newsmen shortly after presenting the suspects to newsmen in Kano on Tuesday.

The Emir of Kano, Muhammadu Sanusi II, had handed over the case to the Police Commissioner, Rabi’u Yusuf, after the girl was brought to the palace.

The victim’s father Ibrahim Mai-kaji was arrested after the case was brought to the Emir’s palace.

“We have arrested the father who mishandled his biological daughter to local barbers for genital mutilation. This operation was cruelly carried out and it caused grievous injury to the genital organ of the victim,” the police spokesman said.

He gave the names of the three suspected barbers as Shu’aibu Wanzam, Muhammadu Garba and Aminu Ali.

Majiya said all the suspects were undergoing interrogation for criminal conspiracy and causing grievous hurt, and assured that they would soon be arraigned in court for proper prosecution.

He warned parents to desist from such illegal acts as anyone caught would be arrested and prosecuted.

The victim, Kaltume Ibrahim Mai-kaji, got married to one Aminu Ali in 2013 at the age of fifteen.