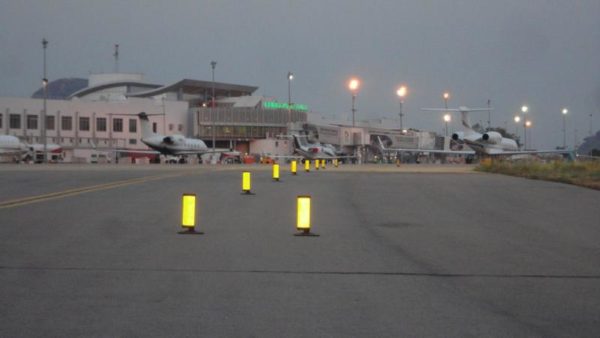 Muktar stated this while speaking with newsmen during an inspection of the airport’s runway on Monday in Abuja.

The Abuja airport was closed on March 8 for six weeks to enable rehabilitation of its 3.6 kilometres runway to be carried out.

Flight activities were consequently diverted to Kaduna International Airport during the period.

The Federal Government had announced that the airport would be reopened for normal operations on April 19.

Muktar disclosed that NCAA had concluded the second phase of inspection as follow-up to the recommendations made to the contractors to correct some areas of concern earlier identified by a team of experts.

According to him, they inspected yesterday, made some observations but the findings that were found were not safety critical and today it is found that they have been rectified.

“We have carried out the inspection and we have confirmed that the job has been done quite satisfactorily in line with the International Civil Aviation Organisation (ICAO) standard and recommended practices.

So, the airport, the runway is very ready to accept flight operations safely.

By this, we are declaring that the airport and its runway are quite operational at the time that has been determined as the official opening of this airport,” he declared.

Muktar said that the agency had already issued “Notice to Airmen (NOTAM)’’ to all aviators worldwide that the airport was ready for reopening on Wednesday as scheduled.

On the calibration of the airport, he said that nothing had been tampered with as far as the instrument landing system was concerned to warrant recalibration.

According to him, calibrations are normally scheduled and very soon this airport will also be calibrated along with others.

“It will be normal routine calibration which will be applicable to other airports that are due for recalibration,” he said.

Earlier, the Managing Director, Federal Airports Authority of Nigeria (FAAN), Saleh Dunoma, had said that the runway was fully ready for reopening, adding that it had been completely cleaned up.

Dunona said that NCAA had given the operators a “clean bill of health’’, adding that some of the observations raised by the team of experts on the repair of the runway had been corrected.

He explained that the runway was cleared “because we have our technical team working across the length and breadth of the runway to make sure that every detail is observed.

“That is why all equipment has been evacuated from the runway. Later, all the professionals in NCAA and FAAN will carry out a detailed inspection again to ensure that all debris is cleaned up during final cleaning.

Any moment from now, if there is any aircraft, we are ready to receive that aircraft, but of course, in aviation there are procedures because NOTAM has to be issued and the Nigerian Airspace Management Agency (NAMA) will do that and then we are ready,” he said.

The Minister of State for Aviation, Hadi Sirika had in a tweet on Sunday afternoon said that the airport will be ready for use on Monday.