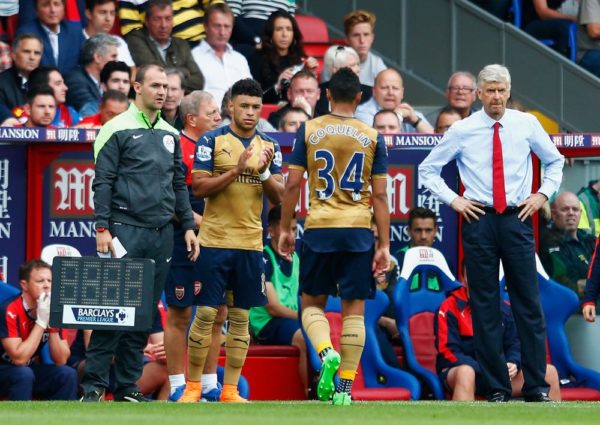 Arsene Wenger says his future is not affecting his players but admits their embarrassing 3-0 defeat at Crystal Palace is a big worry.

Wenger’s contract ends at the end of the current season and he is yet to announce whether he will continue at the helm of the club next season despite been offered a new two-year deal. Following the defeat, the Frenchman faces increasing fan pressure from supporters.

He had led Arsenal to top-four finishes in each of his previous 20 seasons at the helm. Now, The Frenchman’s side are seven points adrift of fourth-placed Manchester City with eight games remaining.

I’ve managed over 1,100 games for Arsenal and we’re not used to losing like that,” said the Arsenal boss. We have to respond very quickly and not accept it.”

Some travelling fans told Wenger it was time to go, also singing “you’re not fit to wear the shirt” at the players, as Arsenal suffered a convincing loss at relegation-threatened Palace.

Wenger has refused to explain what his plans are for the 2017/18 campaign, despite claiming he had made his mind up on his decision, He claimed after the match that he was ‘not in the mood’ to discuss his own future in light of such poor night on the pitch.

I face it in every press conference at the moment but tonight I’m not in the mood to speak about it,’ he said after the match. At the moment I pay more respect to the fact we had a disappointing result.

What counts is how we perform on the pitch, the players and myself and I feel everyone is focused in the club to do it.’

Goals from Andros Townsend, Yohan Cabaye and Luka Milivojevic inflicted a fourth straight away defeat on Arsenal for the first time during Wenger’s 21-season reign.

It leaves the Gunners in serious danger of missing out on a top-four finish for the first time under the 67-year-old Frenchman.

I understand our fans are disappointed and we all are deeply disappointed. It’s very worrying and disappointing the way we lost the game. Palace were sharp, they beat Chelsea the other day, and that shows they have quality. We are in a difficult position. The game tonight doesn’t help.” He said.