More Than 100 People injured as Tanker explodes in Ghana 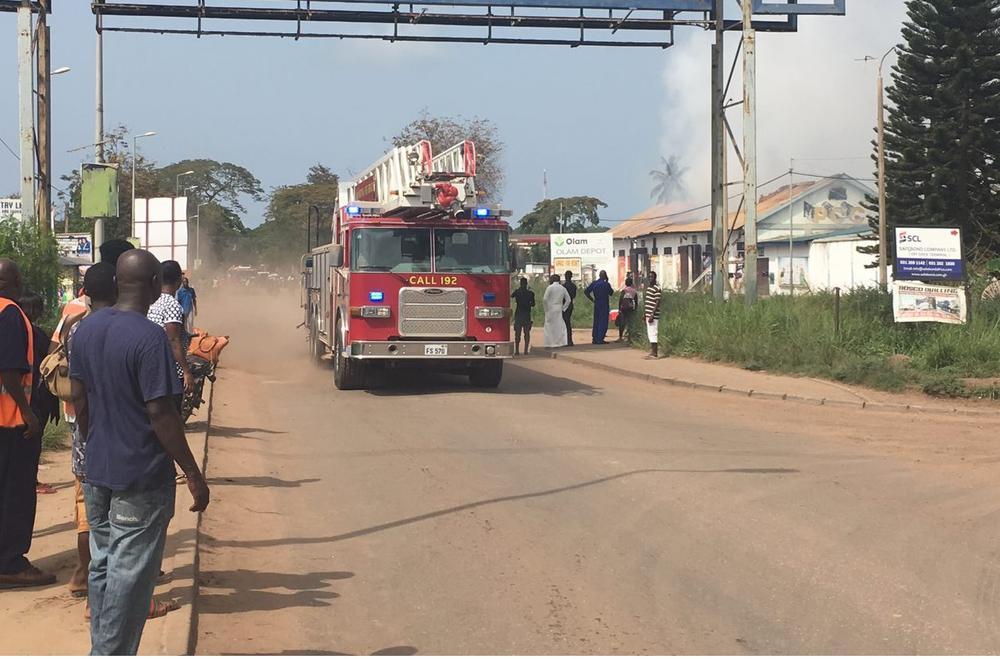 More than 100 people sustained various degrees of injury when a gas tanker exploded at a spot near the Takoradi Technical University (TTU) on the Takoradi-Sekondi main road on Monday.

The injured, including four firemen,  three Motor Traffic and Transport Department (MTTD) officials and a newspaper vendor, were rushed to the Effia-Nkwanta Regional and the GPHA hospitals in the Sekondi/Takoradi metropolis for attention. The explosion, which occurred about 7 a.m., led to a four-hour traffic jam and sent defeaning sound waves which reportedly broke louvre blades in homes some metres away from the scene of the explosion. The tanker, which belongs to Lambark Gas Limited, a downstream petroleum company in Accra, is said to have arrived in the metropolis yesterday morning from Tema with about 30,000 tonnes of liquefied petroleum gas (LPG).

According to eyewitnesses, the explosion occurred during the discharge of gas into the receptacles of GHUMCO for its operation.  They said after the vehicle had arrived early yesterday morning, the driver and the clerk started the process of offloading the gas into the two giant LPG receptacles in the yard of GHUMCO without any difficulty. But shortly afterwards, a smaller receptacle began leaking profusely, which eventually led to a fire outbreak.Before the outbreak, the officials of the company had alerted the Ghana National Fire Service (GNFS) and the police to the leakage and the traffic jam in the vicinity.

Shortly after the arrival of the firemen and the police, they ordered the nearby Total, Shell and gas fuel stations to switch off their pumps and evacuate. According to the eyewitnesses, in a moment there was an explosion with a thunderous sound that sent people in the vicinity running for their lives. Unfortunately, some were caught up in the fire as the fireball that followed the explosion came down. It took firemen, with support from personnel of the Ghana Navy, the GPHA, the Ghana National Ambulance Service and the Ghana Air Force, less than an hour to put out the fire.

Nigeria’s Queen of the Tracks! Blessing Okagbare is our #BellaNaijaWCW this Week