Nigeria's Queen of the Tracks! Blessing Okagbare is our #BellaNaijaWCW this Week 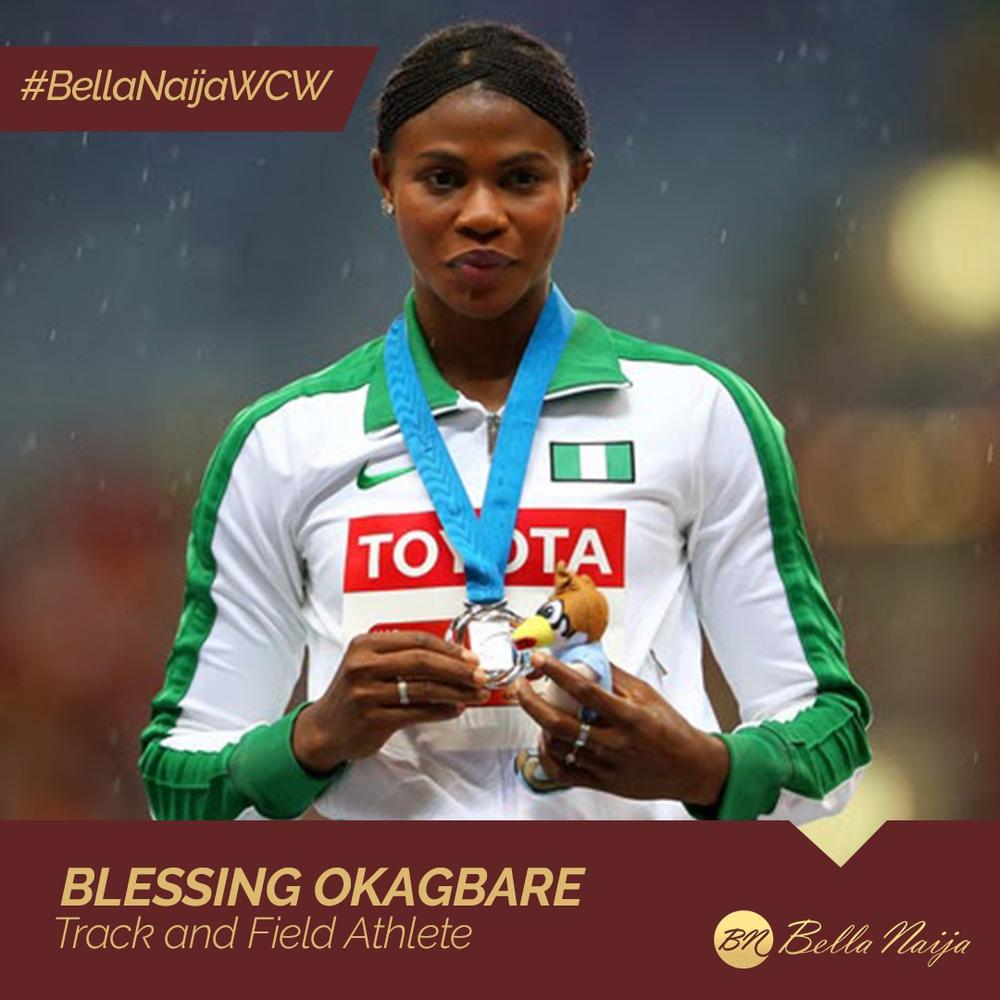 For this week’s #BellaNaijaMCM and #BellaNaijaWCW features, we’ll be celebrating sports stars who have helped to put the nation in a good light internationally.

No doubt, Blessing Okagbare is one of Nigeria’s finest athlete.

“Blessing Okagbare is among the world’s finest sprinter/long jumpers. The Nigerian took the long jump silver and 200m bronze medals at the IAAF World Championships Moscow 2013,” the International Association of Athletics Federations (IAAF) said of her in 2016.

In 2008, she won the bronze medal in the women’s long jump event at the Beijing Olympics.

In 2014, she competed in the long jump, triple jump and high jump events at the Nigerian school championships and won a medal in each.

In the same year, she won the bronze medal for the triple jump at the Nigerian National Sports Festival.

She made her debut on the international scene at the 2006 World Junior Championships in Athletics, where she performed in the qualifying rounds of both the long and triple jump competitions.

Blessing won gold in the 100m and 200m at the Glasgow 2014 Commonwealth Games, becoming the fourth woman ever to achieve the feat.

Blessing can definitely be regarded as Nigeria’s queen of the tracks.

Coventry University UK will be in Nigeria to Discuss UK Study Options and Access to over £9,000 Scholarships | May 12th – 14th