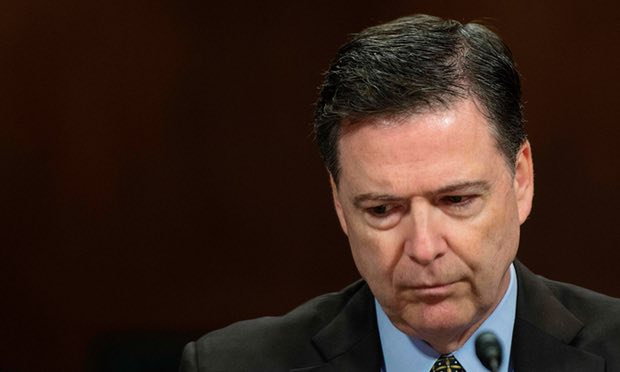 FBI director James Comey has been fired by US President Donald Trump, who said in a letter that he was being “terminated and removed” because he was “not able to effectively lead the bureau”.

The sacking came after attorney general Jeff Sessions and deputy attorney general Rod Rosenstein recommended to Trump that he be removed over his handling of the Hillary Clinton email investigation. However, critics believe the dismissal is more closely linked to Comey’s role in investigating Trump’s allies over alleged links to Russian interference in the 2016 election. Comey reportedly found out he had been fired while speaking to FBI employees in Los Angeles and initially thought it was a prank. The controversial move has been condemned by Democrats, many of whom said the sacking was “Nixonian” and some high profile Republicans including Trump supporters.

Meanwhile, a CNN report claims that a grand jury has been convened and has started issuing subpoenas relating to the FBI’s Russia probe. The development, if confirmed suggests the investigation has entered a new phase. The decision to fire Comey has caused the dollar to slip on foreign exchange markets overnight. The dollar index, which investors use to track the greenback against six other currencies, dropped 0.2%.

Trump himself has only commented once since the story broke, using his personal and presidential Twitter accounts to attack Chuck Schumer’s stance on Comey. The president is due to meet Russian foreign minister Sergey Lavrov at the White House on Wednesday.

It is not known who will replace Comey. Deputy FBI director Andrew McCabe has been made acting director until a new bureau head is selected. Rudy Guiliani, spotted at Trump’s hotel in DC on Tuesday night, has said he is not in the running.

More Than 100 People injured as Tanker explodes in Ghana