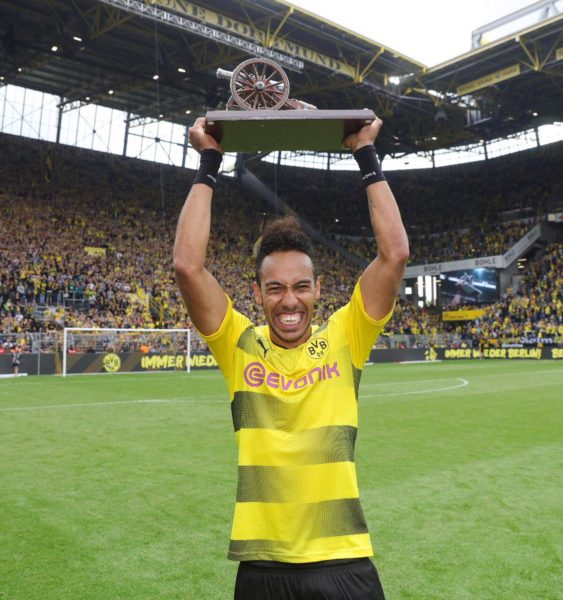 Gabon striker Pierre-Emerick Aubameyang struck a late penalty for Borussia Dortmund on the final day of the season to finish as the Bundesliga‘s top scorer with 31 goals.

Aubameyang scored twice to help Dortmund beat Werder Bremen 4-3 with his first coming three minutes before the break and his second from the spot in the 89th minute.

It puts the 27-year-old one goal ahead of Bayern Munich’s Robert Lewandowski who failed to score in the German champions’ 4-1 win over Freiburg.

Aubameyang becomes only the second African player to win the golden boot in Germany after Ghana’s Tony Yeboah achieved the feat twice while playing for Eintracht Frankfurt in the 1992-93 and 1993-94 seasons.

Borussia Dortmund’s victory over Werder Bremen gave them a third place finish in the Bundesliga and secured their automatic spot in the UEFA Champions League group stage next season. 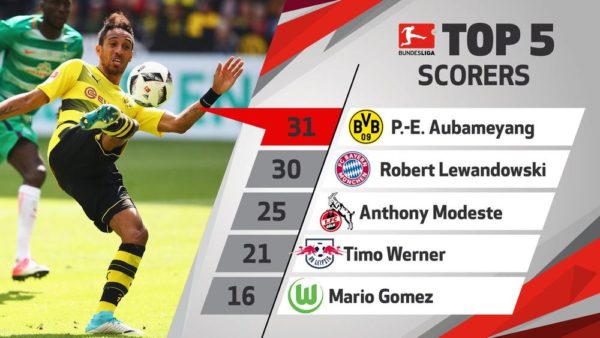