Chaplain's Sack: Let the Church and State Government Handle it - Lagos CAN 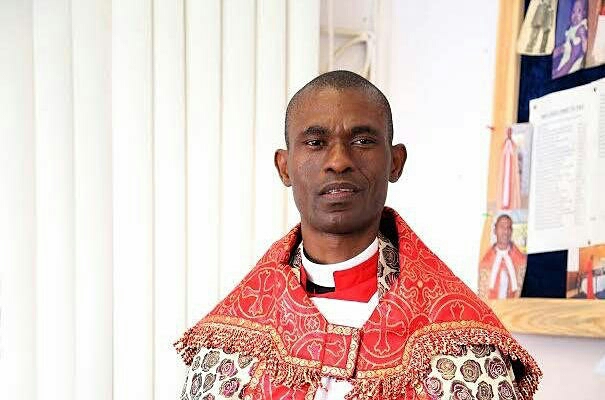 The Lagos State Chapter of the Christian Association of Nigeria (CAN) on Tuesday called for understanding of Lagosians on the removal of the Presiding Chaplain of Chapel of Christ the Light Church, Lagos.

The Chairman of CAN, Lagos State Chapter, Apostle Alexander Bamgbola, briefed newsmen at the church on the sack of Venerable Femi Taiwo, who was removed on May 15 by the governing council of the church.

Taiwo was sacked one day after Governor Ambode‘s wife Bolanle allegedly left the church angrily during an announcing service.

Premium Times however reports that “Taiwo’s problems with the church predated the event of May 14.”

It stated that Taiwo visited the First Lady under the guise of being sent by the governing council.

The report stated that Taiwo schooled the First Lady on why he should be the “alpha and omega” on anything spiritual concerning Governor Ambode and his family.

“He also reportedly cited the church’s constitution repeatedly to convince the First Lady to always respect his office and powers,” it added.

Bolanle was said to have reported the matter to the governing council who then issued a query to the clergyman.

Please, note that your action was at your behest and not the Governing Council. We learnt that you went with a copy of the constitution, explaining the content to her.

Taiwo, also reportedly wrote a letter of apology to the First Lady after the query.

“I write to tender a sincere apology to you on the matter surrounding our visit to Your Excellency recently,” the chaplain wrote.

In honesty, I have high regard for you and see you as mother to all. Your effort in building the Chapel and the State in general is highly appreciated and we pray God to continue to strengthen you the more.

I am very sorry for any embarrassment our visit might have caused you and I plead you find a place in your heart to forgive,” it read.

Premium Times reports that Taiwo continued to remain hostile and disrespectful to the First Lady.

Apostle Bamgbola said that Taiwo’s sack should be regarded as that of an employer and employee relationship.

“As a result of the unfortunate misunderstanding of the public which has been fanned by erroneous publications in the print media and social media generally, we believe that C.A.N Lagos State, must make clarification and educate the public correctly on this matter having looked into the matter objectively,” Bamgbola said.

He said that the State Government created a standing legal constitution for Chapel of Christ The Light, which has guided its running over the years.

“By this Constitution, the chapel is run by a Governing Council which reports to the Ministry of Home Affairs. The Governing Council has the Constitutional responsibility and authority to recruit and terminate the two officers who run the Chapel of Light i.e the Presiding Chaplain and the Chaplain.

Having investigated this matter carefully and objectively, C.A.N, Lagos State, wish to state today that the Governing Council that recruited Venerable Taiwo acted within its constitutional authority to terminate Venerable Femi Taiwo,” he said.

Bamgbola said it was unfortunate that Bolanle Ambode was being accused in the media of being instrumental to the termination of the Presiding Chaplain because of one anointing service.

“With this press conference, we ask that this matter be closed and be left to the Church in Lagos State to handle,” he said.

#Rydefit24: Rydefit Raises Over One Million Naira in Partnership with Ace Charity at the 24-Hour Non Stop Spinning Marathon