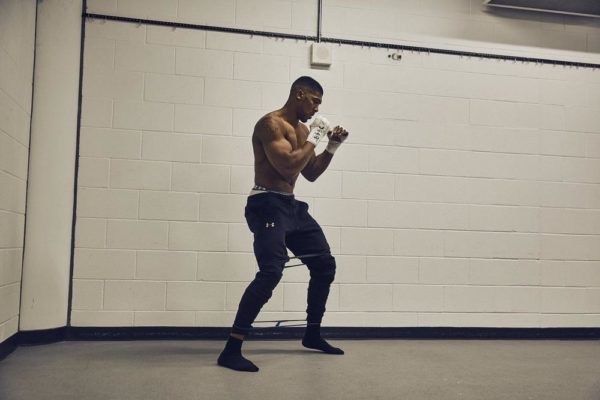 If you attended boarding school in Nigeria, you should be able to relate to this.

World Boxing Heavyweight champion, whose full name is Anthony Oluwafemi Olaseni Joshua, in a recent interview revealed how he learnt discipline at a Nigerian boarding school.

Joshua was born to a Nigerian woman, Yeta, and an Irish-Nigerian father, Robert.

At age 11, Joshua joined his mother in Nigeria for six months and attended a school he expected to remain in, DailyMail reports.

“I thought I was going there (Nigeria) on holiday. I wasn’t prepared for it. It was a boarding school as well.

At the time you think ‘Why?’, but as you get older you think it was good that you experienced it. It was good for me.

I think my mum was trying to do some business there; maybe she had it in her mind. You don’t just randomly decide to move there. She might have been thinking about it, but didn’t inform us because we were kids. We stayed out there, not long, only six months.

It was a change and I thought I was going to go for the full course: 5.30am in the morning, up fetch your water, put like an iron in your water to warm it up. Your clothes had to be washed and ironed.

It wasn’t an issue but I wasn’t prepared. It was a good discipline.

We got beaten. That’s my culture: beating. The government raise your kids now; parents aren’t allowed to raise their kids, because there is so much control about what you do or what you say. In the (Nigerian) culture it’s family, outside support; everyone has a role in raising the kids.

I thought I was in heaven (when I returned to England).

(But) when you are in sport you become a representation of people. I’ve got it (an outline of Nigeria) tattooed on my arm, so people can relate to me.

I don’t know if (a fight there) will happen,” he said.