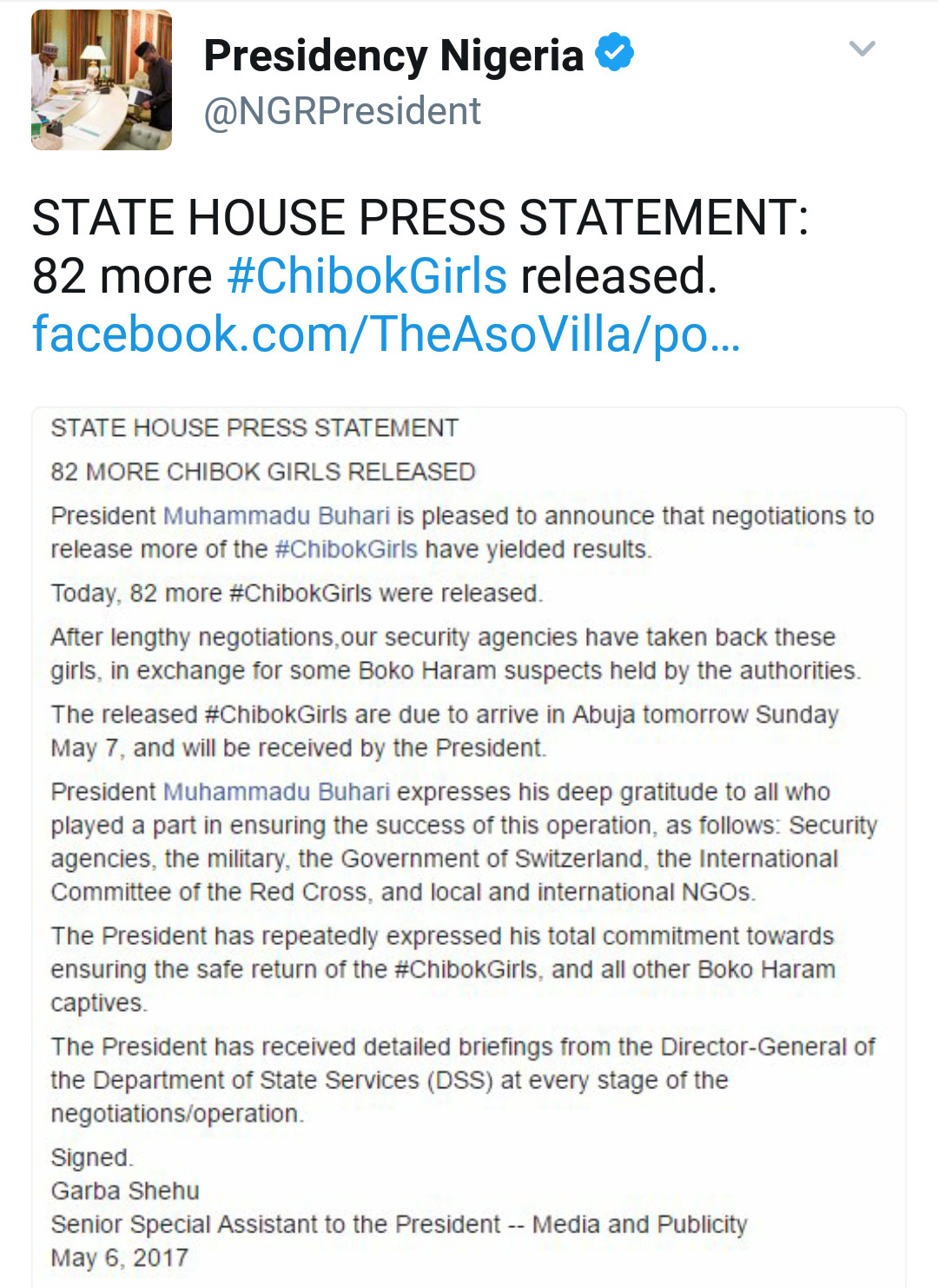 The Presidency on Saturday confirmed the release of about 82 abducted Chibok schoolgirls after three years of captivity.

Garba Shehu, the Senior Special Assistant to the President on Media and Publicity, confirmed the release of the girls in a statement he posted online on Saturday in Abuja.

The presidential spokesman stated that the President was pleased over the successful negotiations leading to the release of the affected girls.

He announced that President Buhari also commended the nation’s security agencies for their efforts in ensuring the release of the girls.

According to him, the president will be receiving the rescued girls in Abuja on Sunday.

Shehu also confirmed that the girls were release by their captors in exchange for some Boko Haram suspects held by the Federal Government.

President Buhari is pleased to announce that negotiations to release more of the Chibok Girls have bore fruit with the release of 82 more girls today after months of patient negotiations. Our security agencies have taken back these abducted girls in exchange for some Boko Haram suspects held by the authorities.

The girls are due tomorrow (Sunday) in Abuja to be received by the President. The president expressed his deep gratitude to security agencies, the military, the government of Switzerland, the Red Cross, local and international NGOs for the success of the operation.

It may be recalled when the first batch of 21 girls were released in October 2016, the president directed the security agencies to continue in earnest until all the Chibok girls have been released and reunited with their families.

The president has been receiving full reports from the Director-General of the Department of State Services (DSS) at each stage of the operation.