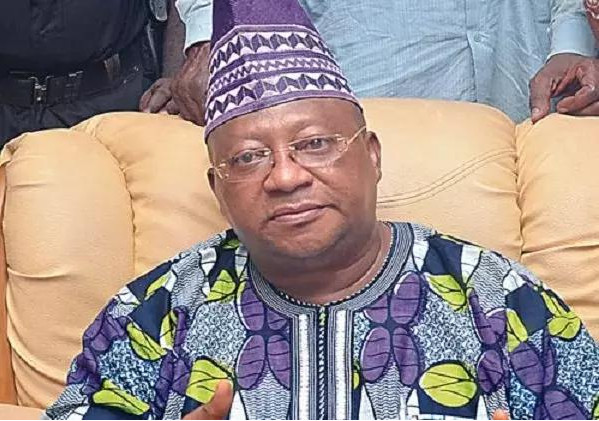 Professor Akeem Lasisi, the Chief Medical Director (CMD) of Ladoke Akintola University of Technology (LAUTECH) Teaching Hospital, has said that Senator Isiaka Adeleke was given an overdose of a banned drug which led to his death.

Lasisi made this known on Monday when he appeared before the coroner panel led by Olusegun Ayilara and set up by Governor Rauf Aregbesola, to probe the senator’s death.

I saw the corpse. Before any process of examination of any diagnosis in medicine, there is what we call history before examination. So, we asked for the person who knew the conditions surrounding the death of the senator. So, the family pointed to one of the aides and the aide said he (Adeleke) was active the previous day and he came at midnight and started complaining of leg pain. So, they sent for somebody who came to give him injections.

I asked clearly the medical status of the person that administered the injections. I asked, ‘Is the person a doctor?’ but he said no. ‘Is he a nurse’?, he said he didn’t know but the person was a face they were used to.

All of these were empty and his aide said these were what he was given. He also added that after he had been given, he (Adeleke) called him that he doesn’t want to entertain any visitor and he went to sleep. He (the aide) said he later went back to check him and saw that the senator’s eyes were wide open but he wasn’t breathing.

Lasisi said that diazepam “sedates and tranquilises when given in moderate dosage” but if administered in large quantity, just like was administered to Adeleke, could knock off reflexes and could eventually lead to death.

He explained that pentazocine was capable of killing bad pain but it was usually advised not to be given to patients intravenously but through intra-muscular injection.

He stated that if the injection would be given intravenously at all, it should be given at a facility where the patient could be resuscitated with artificial oxygen in case his/her breathing stops.

“Analgin has been outlawed since the days of Dora Akunyili in NAFDAC. So, I don’t know where they got it from. They were given in excess dosage,” he said.

Laoye-Tomori and the late Adeleke were said to have sat side by side each other at the burial of the grandmother of Amobi Akintola, the APC Senatorial Chairman in Osun West Senatorial District on April 22.

Laoye-Tomori told the coroner that she decided to sit beside Adeleke at the event because of the humility exhibited by him by receiving her when she alighted from her car.

She said the man who initially sat next to the late Adeleke vacated his seat for her.

Meanwhile, the chairman of APC in Osun West Senatorial District, Amobi Akintola, told the panel that late Adeleke did not eat any food at the burial of his grandmother on April 22.

Akintola said this while giving evidence before the coroner.

He said the late senator attended the burial ceremony in company of about 30 political aides and allies.

Akintola said that those who came with Adeleke ate but he (Adeleke) did not eat any of the foods served there.

He told the coroner that he served Adelekea bottle of an alcoholic wine, but the senator brought his own bottle from his vehicle which he and his friends drank.

However, PUNCH reports that Laoye-Tomori told the coroner that Adeleke ate just three spoons of rice from his food.

“A woman brought a plate of rice. There was fried rice, a mixture of ‘jollof’ and white rice. There was no protein in it, that is, there was neither meat nor fish and the food was not covered. I was wondering why a man of his status would be served food not covered but I don’t know whether he was already eating the food before I arrived there or not.

The senator was using his spoon to turn the rice and he was hesitant to eat it. I said jokingly, ‘ Your Excellency, why don’t you ask them to take the food away if you don’t want to eat it? And he said, ‘Se tori wipe kosi eran lori e?’ (Is it because there is no meat on it?).

He said that woman brought a bowl of fish but these people you are seeing ate everything and left nothing for me. He then took his fork and stretched his hand to take a piece of fried fish from someone sitting close to him but his fork couldn’t pick it because the fish was fried.

He took just three spoons and pushed the food aside. He was full of life and was cracking jokes. A gentleman seating on his right side brought out a drink from his pouch,” Laoye-Tomori was quoted as saying.

Adeleke, 62, who died on April 23, was representing Osun West Senatorial District at the Senate under the platform of All Progressive Congress (APC).

Adeleke was also the first civilian governor of Osun between January 1992 and November 1993 on the platform of defunct Social Democratic Party (SDP).

Meanwhile, the Adeleke family had said that none of them would appear before the coroner panel to testify.

Deji Adeleke, the immediate younger brother of the deceased, said this at a news conference on May 7, in Ede, the Adeleke’s hometown.

He alleged that the outcome of the inquest had been predetermined.

Willie X.O. of The Goretti Company Embarks on Projects to Give Back to Less Privileged Communities in Lagos