Senator Adeleke's Death: He was not Poisoned - Pathologist 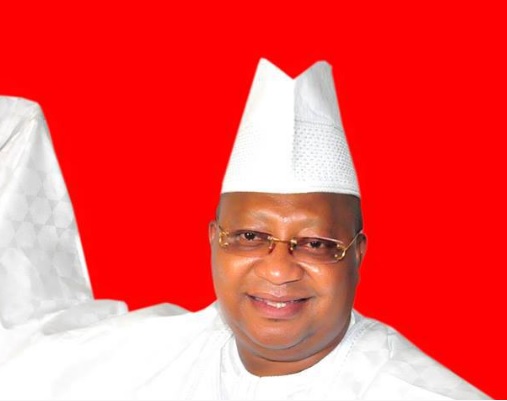 Dr Taiwo Sholaja, the lead pathologist who carried out  the autopsy on the body of  the late Senator Isiaka Adeleke, on Wednesday, told a coroner inquest that no trace of poison was found in the body system of the deceased when it was examined.

Sholaja, while giving evidence before the coroner, Chief Magistrate Olusegun Ayilara, said the autopsy carried out by him and two other pathologists from Ladoke Akintola University Hospital, Osogbo, revealed that the late senator died of “aspiration of gastric content due to multiple drug overdose.’’

He said the autopsy carried out by him and his team was performed in the presence of SP Ogunkanmi Gbemileke, the Divisional Police Officer of Dugbe Police Station, Osogbo and the two other pathologists from LAUTECH.

Sholaja also said that before the autopsy, he gathered from a family member, Modupe Adeleke-Sani, that the late politician had  complained of pains in the knees, and inability to sleep.

He added that some drugs were said to have been administered on him.

Sholaja  said after  an examination was carried out on Adeleke’s body, it was discovered that the drugs which were administered on him in excess quantity caused his death as his breathing was blocked due to a side effect.

“Aspiration of the gastric content blocked his airwaves through depriving the body of oxygen which was also evident in the bluish discolouration shown on some parts of the deceased’s body,’’ he said.

He said the used containers of the drugs administered on him indicated that a banned drug, Analgin injection as well as Diazepam injection, Pentasozine injection, Gentamicin and Hydrocortisone drugs were given to him.

The pathologist said the side effects  of most of the drugs given to the deceased included  drowsiness, vomiting and cardiovascular collapse which resulted in blockage of his breathing.

He said though the deceased had a hypertensive heart decease which could have caused sudden death, there was, however, no evidence of this from the result of the autopsy.

Sholaja also said the police toxicologist report, which was presented to him after samples were taken, showed abnormally high level of alcohol, sedative and Analgin in the blood of the deceased.

No traces of poison and metal was, however, found, Sholaja said.

The DPO of Dugbe Police Station and the Officer in charge of Homicide, SP Etetah Moses, both confirmed that the empty bottles and injections of the drugs given to the deceased were in  police custody.

But when Aderibigbe Alfred, the nurse that administered the drugs on Adeleke was called, his counsel, Lekan Alabi, prayed  the court to allow his client appear on Friday.

He said the summon was only served on him on Tuesday, adding that his client needed more time to prepare.

The coroner, however, rejected the plea, saying Alfred must appear before the court on Thursday, the next adjourned date.