After conducting successful sessions around the globe, the Red Bull Music Academy touches down in Lagos for its first ever session in West Africa on July 14th and 15th. #RBMALAGOS will be hosting a weekend of lectures, workshops and collaborations from the music community.

The Red Bull Music Academy is a recognized global music institution committed to fostering creativity in music. The world traveling series of music workshops and festivals offers an exciting platform for those who want to make a difference in today’s musical scene.

The weekend will begin with introductory sessions by Nigeria’s own RBMA Alumni, DJ Klem and Kraftmatiks, as well as Kenya’s Blinky Bill (formerly of Just A Band) who will shed light on what the Academy stands for and the role it plays in bringing out promising music talent from all corners of the world into the limelight. The Academy is intended for anyone with a passion for music. Whether you’re a producer, vocalist, instrumentalist, beat-maker, engineer, songwriter or DJ, you have got a chance at being selected. 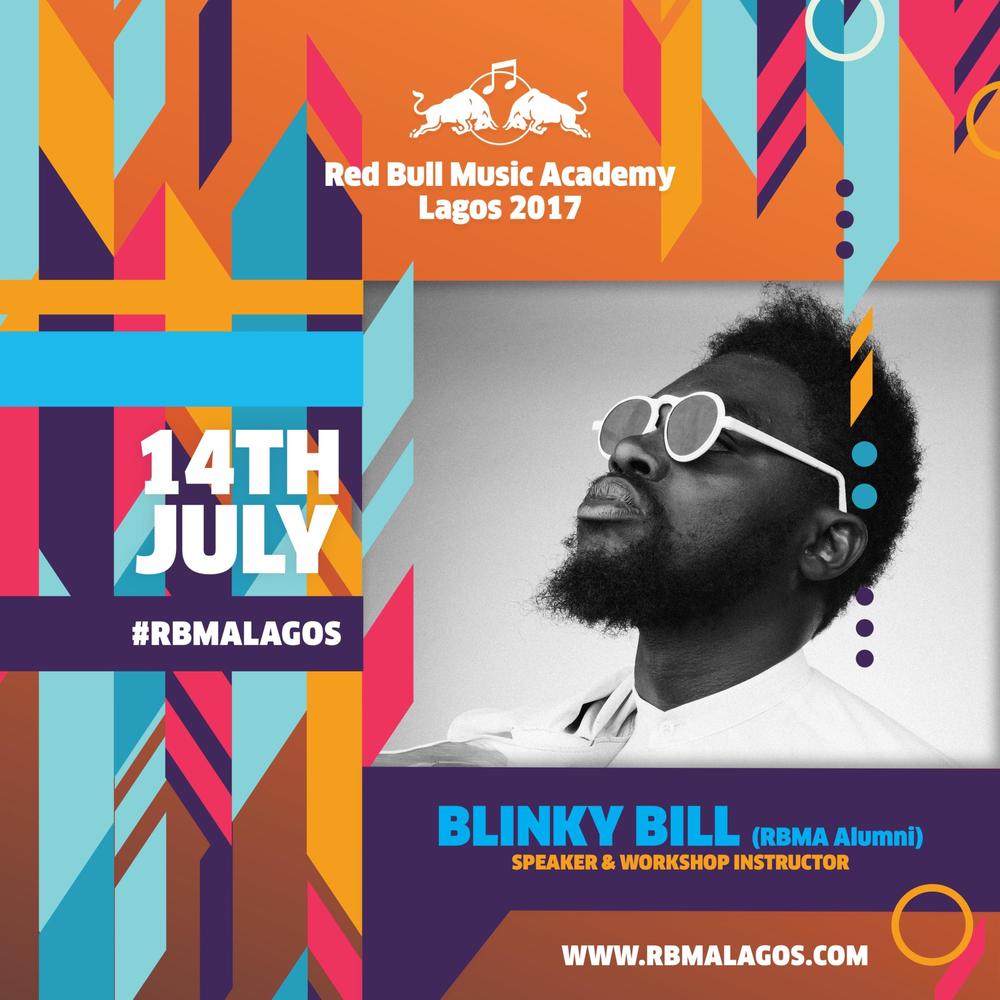 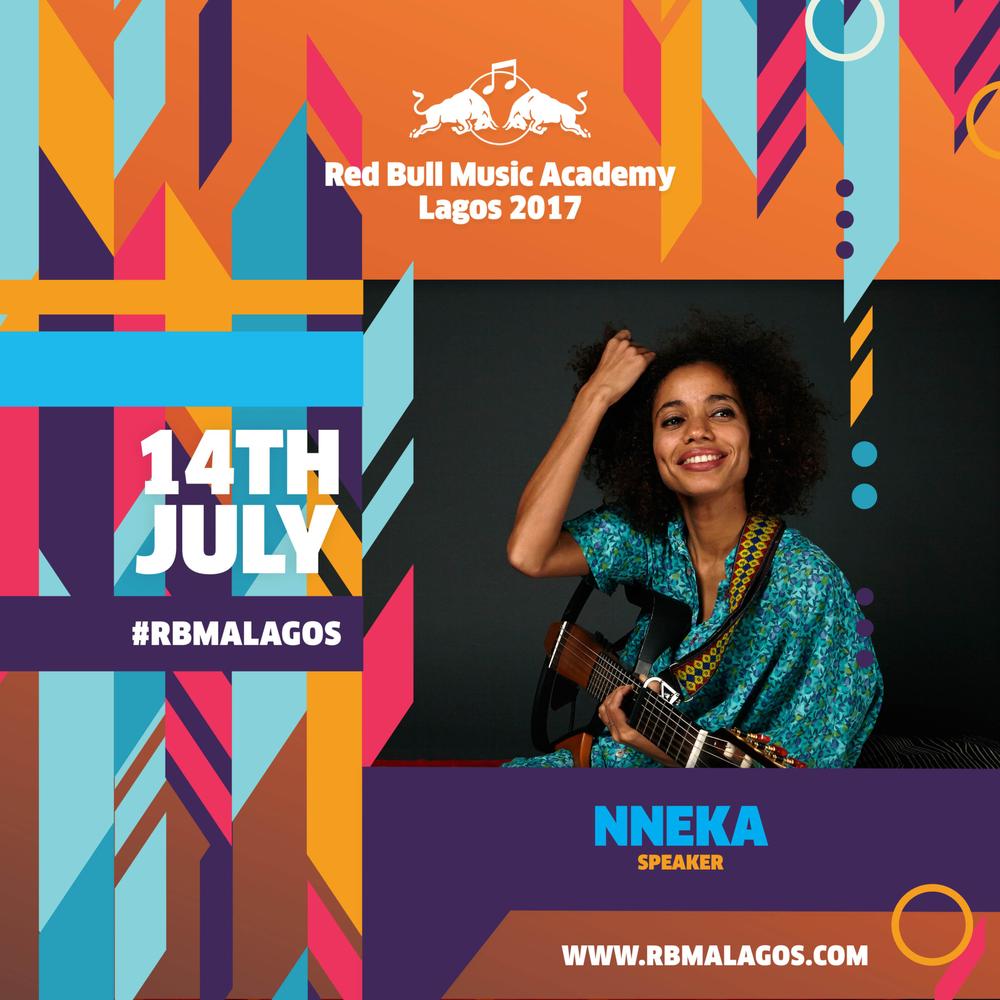 Over the course of the weekend, you’ll be able to sit in on lectures delivered by award-winning singer and songwriter Nneka and Blinky Bill who will give a fresh perspective on how they rose through their scenes and the influences that helped shape them as great artists. The lectures will be hosted by industry shakers EKITI and Osagie Alonge. At night, Guinness book record holder, DJ Obi will share a set with Ekiti Sound System and Blinky Bill, for a block party at Bogobiri on 14th at 20:00 and the After Party at 1089 on 15th from 22:00, showcasing their various styles and representing different genres. 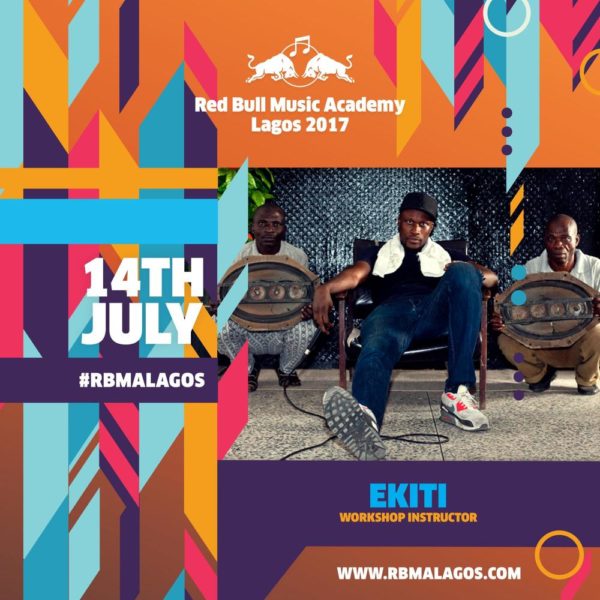 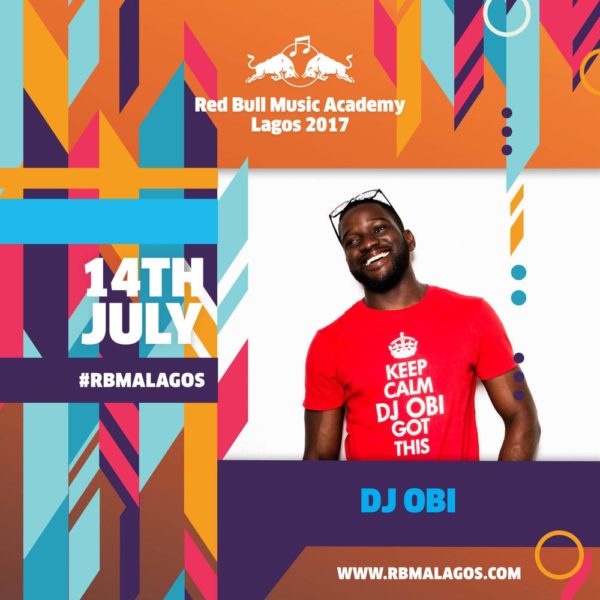 To APPLY for The Red Bull Music Academy Lagos 2017, complete the application form at http://rbmalagos.com/apply.html and send in your music demo and/ or remix of William Onyeabor’s Fantastic Man (available for download on the site) to [email protected] . Applications must be submitted by midnight Wednesday, June 28th. Selected applicants will be contacted by Saturday, July 8th.

Music makers are also invited to apply for the Red Bull Music Academy which will host the next edition of its month-long music workshop and festival series in Berlin from September 8 to October 12, 2018. After touching down in cities across the globe, including Tokyo, New York, Melbourne, Cape Town, Paris, São Paulo and Montréal, the Academy returns to the place where it all began back in 1998 to celebrate its 20th anniversary.

Every Academy is a world of its own, offering new insights and perspectives on sound as artists representing different genres, countries and eras come together. 60 up-and-coming musicians are selected for each edition and flown to that year’s host city, embarking on a creative journey that many describe as life-changing. At the Academy, they hear lectures from artists who have shaped music history, exchange knowledge in all-night sessions in our custom-built studios and collaborate with their peers from opposite corners of the globe, while the Academy simultaneously programs a month-long series of public concerts and club nights across the city. It all makes for a place where influential musicians meet a new generation, in a setting where both sides can learn from the other and celebrate music’s past, present and future.

The musical styles represented at the Academy are just as diverse as the countries their
protagonists hail from – in fact, the mix of sounds, skill sets and cultural backgrounds that make up each Academy is never quite the same. It’s this unique combination of people, perspectives and environment that sees new musical ideas take root, and flourish long after the Academy ends. Therefore, we invite instrumentalists, producers, DJs, engineers and vocalists of all levels of experience to apply. All that’s required is an openness to collaboration and an interest in where music is heading.

To apply for The Red Bull Academy Berlin 2018

The application form can be downloaded from the Academy website and must be submitted between June 15th and September 4th, 2017.

Each applicant must also submit a musical demo, no longer than 30 minutes. This can be uploaded at redbullmusicacademy.com/apply or mailed to us on a CD. The Red Bull Music Academy jury will announce the selected applicants in early 2018.

P.S help us spread the word by sharing this application with a fellow musician!

RBMA has partnered with The Dreams Project for #RBMALAGOS and its produced by Eclipse Live.