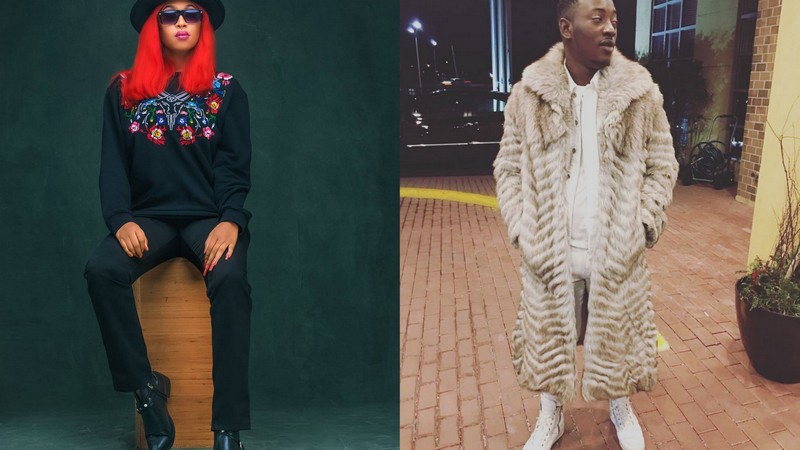 Nigerian singer/songwriter Cynthia Morgan has joined the list of celebrities to have expressed their opinion on the Dammy Krane arrest. The singer took to her Instagram page to put up a photo of the “Amin” crooner with the caption:

I have never been involved in fraud directly or indirectly but I know an attack when I see one and I also know an attack that will lead to a redemption of a great soul when I see one.the only reason why he was caught is because God loves him and wants to realign and ascertain him back to his will and true purpose for his life. a lot of people get into fraud and never get caught or wish someone ever called them to order before it got too late.

For me, I see This as The creator calling a special one back to order so he can achieve his will for him and finally be able to fly his own private jets or atleast finally get to pay with his own credit cards.if you don’t fall you don’t rise well all have prices to pay for greatness…so if my previous post is too difficult for you to understand just lockup and pray for God’s wisdom along side while praying for dammy to be free and all charges against him be dropped…cos I can already see some horror youths and bloggers feasting on their ignorance and negligence as usual…Like I said I know some plants are more sensible than some human youths and Nigerian bloggers but at least I thought this is 2017 and thought men will be wiser by now after all this dollar rise but, I stand corrected.some people need hypo in their brains and not in their toilets.

She has however since deleted both posts from her Instagram page

Davido links up with Popcaan for Video of “My Story” | B.T.S Photos