Hate, Divisive Speech will be Met with the Full Force of the Law - Osinbajo 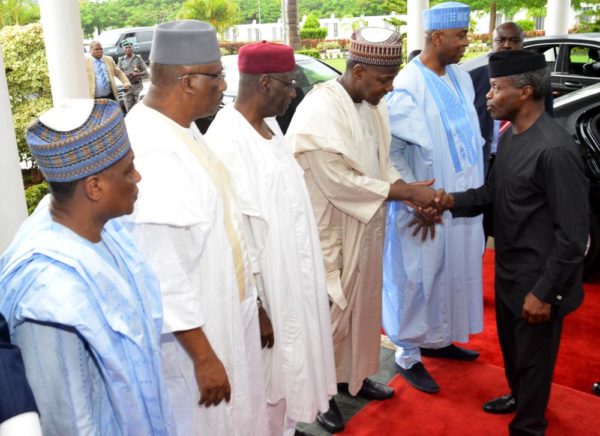 Acting President Yemi Osinbajo began consultations with leaders of thought from the North and warned that the government will deal decisively with persons who make hate speeches or attempt to disrupt the peace of the country.

The meeting was sequel to the calls for secession by youths from different ethnic groups in the country resulting in a group of youths in the North asking Igbo to vacate the northern states before October 1. 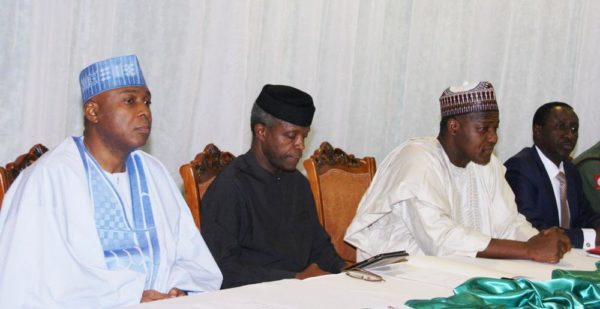 The Acting President noted that that was not what the country desired at this time and urged those involved to desist or face the full weight of law.

“This is not the time to retreat behind ethnic climes. Moments like this are not for isolating ourselves and I want to urge all of us who are here and of cause the entire Nigerian populace that it is a time for us to come together and to work together.

As a government, we are of course determined to ensure the unity of the country along the lines of our constitution. I want to say that hate or divisive speech, or divisive behavior, where it is illegal, will be met with the full force of the law.

Especially because when we make these kinds of pronouncements and we do things that can cause violence or disruption of lives and property, those who make those speeches are no longer in control.

I want to just emphasise that government will take very seriously any attempts to cause violence  or to disrupt the peace of this country,” he said.

The Acting President said that the warning is very important because “we cannot control violence once it begins.”

The Acting President recalled that in the past few weeks there were louder noises from the youth population which the leaders should not condone.

According to him there are people who may deride such speeches and others who may say that the hate speeches which show intolerance and promote division are not important and should be ignored.

Osinbajo however noted that it was important that the leaders should address the issues quickly bearing in mind their exposure to the history of the country.

He said it was important that the leaders gave some direction to the youth as to how best they should expressed grievances.

He said that the country’s defining strength was the constitutional provision which called the country a sovereign nation under God.

According to him there is no homogenous society in any part of the country due to the residence of people from other parts on the country in other places.

He said that every form of hate speech of stone thrown in the market would hit people they were not intended.

He said that God will help the country to be a place the people will be proud off and said it was a duty to the next generation to hand over to them a peaceful and prosperous nation.

In a video clip posted to his Twitter page, Osinbajo said that hate speeches must be addressed, adding that “every stone thrown in the market place will hit targets that are not even intended.”

Every stone thrown in the market place will hit targets that are not even intended. We must address hate speeches that show intolerance. pic.twitter.com/UOhoDtt3Ja