"If there is a war today, none of us will escape" - Lai Mohammed Warns 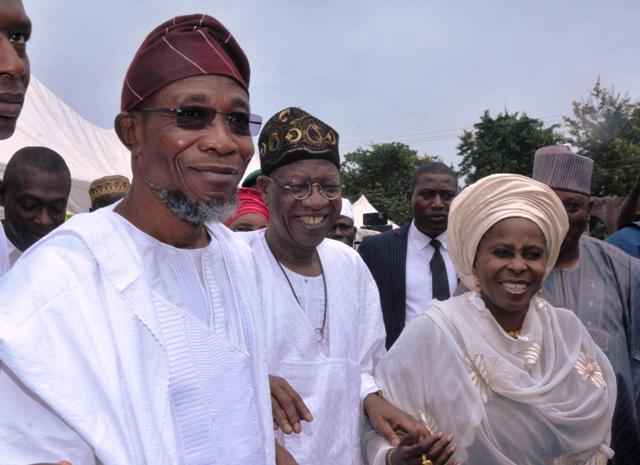 Minister of Information and Culture, Alhaji Lai Mohammed has admonished those beating drums of war through hate speeches and divisive statements to desist in the interest of the nation’s unity and safety.

The minister gave the advice on Saturday at the “Lai Mohammed 10th Annual Ramadan Lecture” held in his country home, Oro, Kwara. Lai Mohammed expressed concerns over the rate of inflammatory statements capable of causing division and war in the country in recent times. He urged Nigerians to disregard those who were engaged in hate speeches as well as their purveyors. He said:

In the last couple of months, we have witnessed the increase inflammatory and hate speeches. Hate speeches have been responsible for wars. Rwandan genocide where more than 800,000 people were killed was started by hate speeches. Like people say, wars are not really started by bullets, they are started by words of mouth. Nigeria is too big and God has a purpose for making us one and we shall remain united. There will be differences, but like the Yoruba says, “Ori bibe ko ni ogun ori fifo” (beheading is not antidote to headache). We have been living together peacefully and we will continue to live together, because we have a lot to gain by being united. If there is war today, none of us will escape whether you are young or old whether you are Yoruba, Igbo or Hausa.

The Minister recounted a story he said Acting President Yemi Osinbajo narrated on the dire consequences of the Rwanda war on two judges from that country.

The Acting President told us a story that in 1982, he was a young lecturer in the University of Lagos and two Supreme Court Judges came visiting from Rwanda. He said ten years later, in 1992, he went to work in Rwanda and on the street with a bowl in hand looking for food were the Supreme Court Judges that he saw in Lagos. This shows that when there is war, the young, the old, the rich and the poor, we are all victims.

The Minister stressed that Nigerians must work together, understand their differences and must never pray for war. Mohammed thanked those who attended the lecture noting that their presence was key to its success. He said the Ramadan lecture, the tenth in the series, was unique because it’s attendance cuts across religions and denomination. The Minister explained that the presence of Christian faithfuls at the event was an indication that Nigerians, irrespective of their religious leaning, could work and live together.

The Special Guest of honour at the event, Gov. Rauf Aregbesola of Osun said he was impressed with the turn out of people in their diversity at the event. The governor urged Muslim faithfuls to remain pious in the remaining days of Ramadan and pray for the unity of the country.

Gov. Abdulfatah Ahmed of Kwara commended the Minister for organising the annual lecture. The governor, who was represented by the Commissioner for Information, Mahmud Ajeigbe said it was a great feat for the minister to have sustained the Ramadan lecture for 10 years.

Earlier, the Guest Speaker, Sheikh Ibrahim Gidado from Lagos preached on piety especially during the Ramadan period. He charged the gathering on the need for people to have the fear of God in all their dealings and to be compassionate and show love to the less privileged. He also called for the support of Nigerians for the Administration of President Muhammadu Buhari as well as their prayers for the President’s quick recovery.

The News Agency of Nigeria (NAN) reports that the Chief Imam of Oro, Mohammed Sanusi led other clerics at the event on prayers for the country, the President and his cabinet as well as the  minister and members of his family. The lecture was attended by traditional rulers from Kwara, including Oloro of Oro, Oba Abdulrauf Oyelaran, Clerics, Muslim and Christian faithfuls, politicians, students and people from other walks of life.