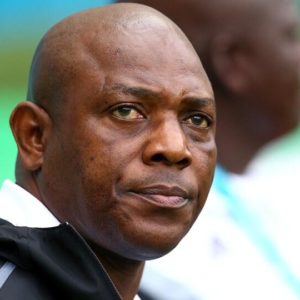 The football world and the entire nation, including the Nigeria Football Federation (NFF) and the national football team Super Eagles has taken to their social media platforms to remember the great coach who was also an outstanding player for the country.

Here are some of the tributes:

We observed a minute silence before training this morning to honour the memory of our ex-captain & coach Stephen Keshi who died a year ago. pic.twitter.com/ihAPv5hmGe

It’s one year now, I will never forget you sir you gave me the opportunity that made me what I am today Rest In Peace. BIG BOSS??pic.twitter.com/rC1FtPYrDK

Today we remember our Legend. Forever thankful for what you did for Nigeria and me. R.I.P Stephen Keshi #NigeriaRememberKeshi?pic.twitter.com/PiY5uCEKsR

Coach Stephen Keshi died on this day in 2016. May his gentle soul continue to rest in peace. #gonetoosoonpic.twitter.com/PWpesRSWRh

To the Man who for a brief moment brought back the spark in Nigerian senior team football, we say rest on Stephen Keshi, rest on Big Boss! pic.twitter.com/XIeJMS8QM9